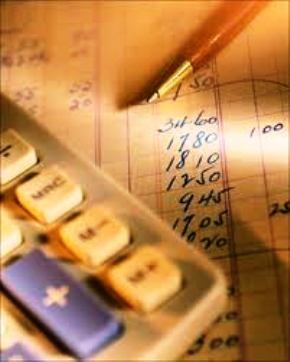 Planning Commission will soon take a view on the controversial report of the Raghuram Rajan panel, which made a case for ending the special category status for poorer states, Deputy Chairman Montek Singh Ahluwalia has said.

"The (Rajan Committee) report has been recently received and Planning Commission is yet to take a view.

“We have not actually done that. We have received it and obviously we will be looking at it," he added, when asked whether there is difference on opinion on the report within the Commission.

"We have not taken a view (on the report). There has been a misleading commentary in some newspapers that some officials in the Planning Commission have commented on it," he said.

There were reports that some Commission officials were against the Rajan panel's suggestion to replace Gadgil- Mukherjee formula with Rajan Committee's Multi Dimensial Index for allocation funds to states.

As per the Gadgil-Mukherjee formula for devolution of central assistance for state plans, 30 per cent of the total funds is earmarked for Special Category States.

As against the composition of Central assistance of 30 per cent grant and 70 per cent loan for major states, special category states receive 90 per cent plan assistance as grant and just 10 per cent as loan.

Similarly, the special category states receive favoured treatment from the Finance Commission in respect of devolution of central tax revenues.

The special category status to various states in accorded by the National Development Council based on consideration of a set of criteria.

The set of criteria include hilly and difficult terrain; low population density and or sizeable share of tribal population; strategic location along borders with neighbouring countries; economic and infrastructure backwardness and non-viable

The Rajan Committee, which suggested a new formula for providing assistance to the states on the basis of MDI, evoked divergent reactions from the states.

The report is likely to be implemented from the next financial year, Finance Minister P Chidambaram had said.

According to Jayalalithaa, the report was a "thinly disguised attempt to provide an intellectual justification to deliver resources to a potential political ally".

The committee was set up earlier this year under Rajan, the Chief Economic Advisor in the ministry at that time and now the Reserve Bank Governor, amid demand from various states for a special category status for grant of additional assistance from the central pool.

The committee has recommended that each state may get a fixed basic allocation of 0.3 per cent of overall funds, to which will be added its share stemming from need and performance to get its overall share.

Goa, Kerala, Punjab, Tamil Nadu, Maharashtra, Uttarakhand and Haryana have been categorised as relatively developed states. While Manipur, West Bengal, Andhra Pradesh, Gujarat, Karnataka are amongst the less developed states.
© Copyright 2022 PTI. All rights reserved. Republication or redistribution of PTI content, including by framing or similar means, is expressly prohibited without the prior written consent.