50% of south-central Mumbai’s high-end apartments remain unsold. The reasons include rocketing prices and a demand-supply mismatch.
Of the unsold stock in south-central Mumbai, 38 per cent comprise units sized above 2,000 sq ft carpet area - too high for even wealthy Mumbaikars. 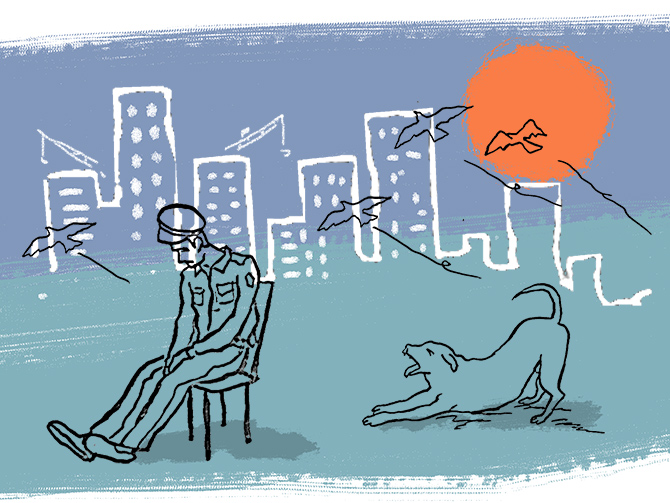 Of the luxury apartments in the south-central portion of Mumbai which were launched after 2013, half are still unsold, says Anarock Property Consultants.

Prabhadevi, Worli and Mahalaxmi are some of the localities in this area, with projects of Lodha Developers, Omkar Developers and Raheja, among others.

The reasons it gives include rocketing prices and a demand-supply mismatch.

For properties priced at Rs 4 crore onward, the entire Mumbai Metropolitan Region (MMR) saw new supply of nearly 27,000 units between 2013 and the first quarter of 2019.

Of this, south-central Mumbai localities alone added 22,000 units or 81 per cent, Anarock said.

“Despite high demand, one of the possible reasons for slow sales here is the large sizes of properties.

"On deep-diving, it emerges that among all ultra-luxury properties launched in the entire MMR, there are significant differences in the minimum and maximum sizes of properties between those in south-central micro markets and other prominent luxury hotspots such as Khar, Ville Parle, Bandra, Sion, Santa Cruz and so on,” said Anuj Puri, chairman, Anarock.

For instance, property sizes of flats in south-central Mumbai localities start at 800 sq ft carpet area and go all the way till 4,500 sq ft.

Prices of luxury homes in south-central Mumbai had crossed Rs 80 crore, against Rs 15 crore in other areas, he added.

“For this reason, many buyers who are interested in these localities would find large-size apartments beyond their requirement.

"Not only are the prices too high but the maintenance charges, too.

"Builders with substantial unsold stock of large-sized homes in south-central Mumbai are certainly in a bind because of this mismatch,” Puri said.

Of the unsold stock in south-central Mumbai, 38 per cent comprise units sized above 2,000 sq ft carpet area - too high for even wealthy Mumbaikars, he felt.

This 52 per cent decline, he said, indicated developers want to offload existing inventory and complete their projects, instead of adding new supply.

“Had the supply been more staggered, absorption could certainly have been healthier.

"In an effort to maximise FSI (floor space index) and TDR (transfer of development rights), many builders have come up with high-rises in areas such as Lower Parel, leading to a glut of luxury apartments.

"Demand is gradually returning and developers are re-sizing and re-pricing their luxury property offerings, allowing ticket sizes of some to be recalibrated downward,” Puri said.