With 1.35 billion users of its Internet social network, Facebook Inc would rank as the world's second-most populous nation if it were a country. 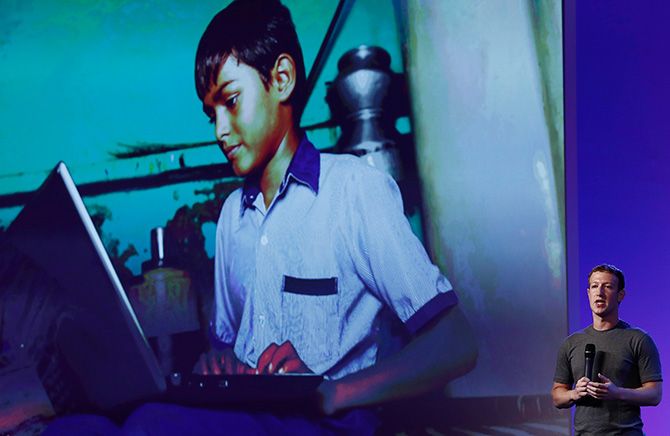 While its users may populate only a virtual country, Facebook says it generates a lot of real economic activity - $227 billion worth of economic impact and 4.5 million jobs in 2014, according to a new study by consulting firm Deloitte & Touche that Facebook commissioned.

The report looks at the businesses that maintain pages on Facebook as well as the mobile apps and games that consumers play on Facebook and measures all the economic activity that result.

It also considers the demand for gadgets and online connectivity services that are generated by Facebook. When a company advertises to customers on Facebook, for example, some of the resulting sales can be directly attributed to Facebook. According to Sandberg, Facebook is helping create a new wave of small businesses in everything from fashion to fitness.

She cited a group of young women in Bengaluru, India, who started a hair accessory business using Facebook and a mother in North Carolina who started the Lolly Wolly Doodle line of clothing, selling to customers through Facebook. The report's data will provide Sandberg with something to talk about when she travels to the World Economic Forum in Davos, Switzerland, this week.

On Thursday, Sandberg will be on a panel alongside Google Inc Executive Chairman Eric Schmidt and Microsoft Corp Chief Executive Satya Nadella about the future of the digital economy.

"We're no longer in a place where large companies can create the jobs the world needs," Sandberg said.