News
Business
Movies
Sports
Cricket
Get Ahead
Money Tips
Shopping
Sign in  |  Create a Rediffmail account
Rediff.com  » Business » Bt cotton turns out to be a disaster for Indian farmers Indian farmers are for the first time abandoning genetically modified cotton after a devastating pest attack ravaged their fields, sowing doubts about the crop technology that had been hailed as a panacea.

The whitefly attack on the Bt cotton variety in Punjab and Haryana has caused a rural crisis: at least three farmers have committed suicide around the city of Bhatinda and tens of thousands protested to demand state aid.

These are some of the same farmers who more than a decade ago reaped the first bumper harvest of GM cotton that quickly caught on because it dramatically increased yields and raised living standards.

Cotton output has jumped fourfold since commercial cultivation of GM cotton was allowed in 2002, transforming India into the world's top producer and second-largest exporter.

That run may now falter, raising the risk of slower sales for Monsanto which has sold Bt cotton seeds to more than 7 million Indian farmers, mainly through local seed firms operating under licence. 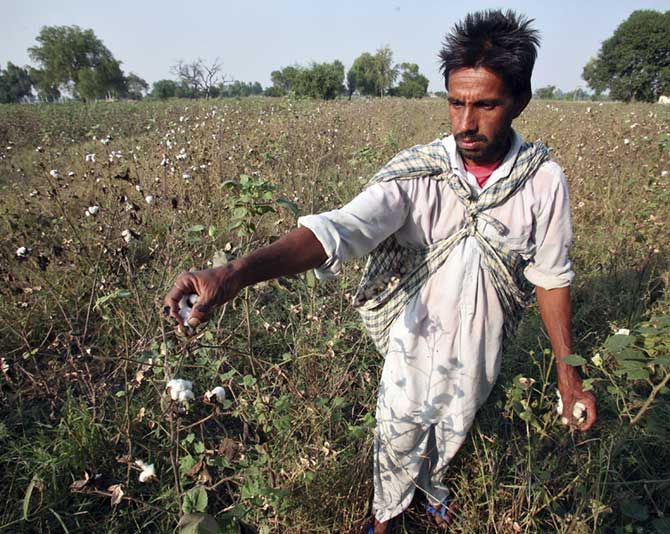 "We poured all our money into buying pesticides and worked day and night to save the crop. But it failed miserably," said Thana Singh, 67, whose son died after taking poison during a protest outside a government office in Punjab.

Singh and many other farmers plan to switch to food crops such as lentils to rebuild their livelihoods.

"My son was unable to overcome the stress. We were staring at massive losses caused either by the Bt cotton seeds, or maybe by fake pesticides," said Singh, who choked up with emotion as he walked through a field whose cotton pods and leaves were covered with whiteflies. "I don't want to touch Bt seeds until I have a firm answer."

The whitefly outbreak has intensified a debate over GM crops just as Prime Minister Narendra Modi's office reviews a proposal to allow farmers to grow GM mustard, an oilseed.

But a farmers' body affiliated to Modi's ruling party is bitterly opposing GM crops and is lobbying senior officials for a ban on Bt cotton and to block GM mustard. The stakes are high for Monsanto, which licensed a gene that produces its own pesticide to kill bollworms, the pest most lethal to cotton, to a number of local seed companies in lieu of royalties.

Monsanto also markets these seeds directly, but has a market share of just 2-3 percent. The local licensees together command 90 percent of the market.

Mahyco Monsanto Biotech (India) Pvt Ltd (MMB), a joint venture with India's Mahyco, said that Monsanto and the licensees have marketed their product as resistant to bollworms, but not against other pests.

"This technology is effective only against specific types of bollworms that are known to cause boll damage leading to yield loss and economic damage to the cotton crop and not other sucking pests," a spokesman said in comments emailed to Reuters. Punjab and Haryana have launched investigations, raiding the offices of some seed companies and pesticide makers to collect samples of the products sold to farmers.

Last month, police arrested the director of the Punjab state agriculture university suspected of involvement in allowing the sale of 19 pesticides that were found be ineffective.

The federal farm ministry said it was considering ways to limit the number of GM cotton hybrids being widely sold in India to eliminate those most prone to whitefly.

Experts say that dry conditions in northern India and Pakistan have helped the pest spread.

"Bt cotton seeds are as effective against bollworms as they were in 2002 and the widespread whitefly attack was primarily due to a prolonged dry spell," said Bhagirath Choudhary, director of the South Asia Biotech Centre, a not-for-profit scientific society.

Farmers grow GM cotton on 95 percent of the total 11-12 million hectares under the crop. Punjab and Haryana together produce about 4 million bales (1 bale = 170 kg) of India's total output of nearly 38 million bales.

"I don't see any significant drop in output because we haven't heard of any pest attack in Gujarat, Maharashtra, Telangana and Andhra Pradesh," Choudhary said, referring to the top producing states.

© Copyright 2022 Reuters Limited. All rights reserved. Republication or redistribution of Reuters content, including by framing or similar means, is expressly prohibited without the prior written consent of Reuters. Reuters shall not be liable for any errors or delays in the content, or for any actions taken in reliance thereon.
Related News: GM, Mahyco Monsanto Biotech, Kuldeep Singh, Narendra Modi, Haryana
Print this article 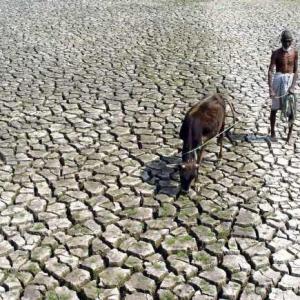