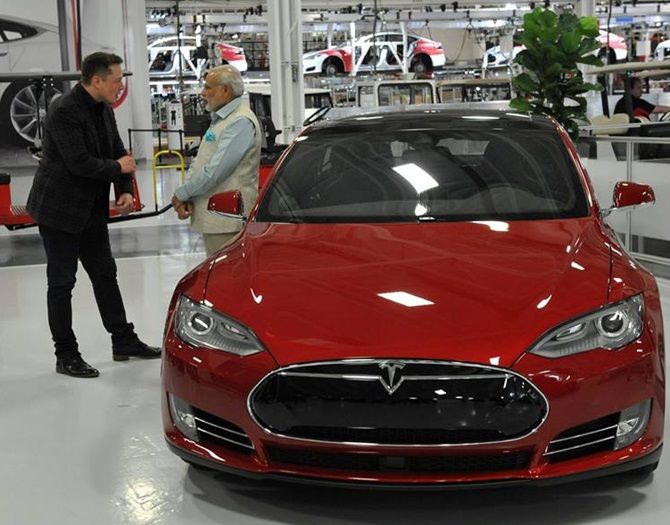 Prime Minister Narendra Modi on Saturday visited Tesla Motors campus and showed keen interest in some of their path breaking inventions, particularly in the renewable energy sector which can have multiple applications in remote rural areas. 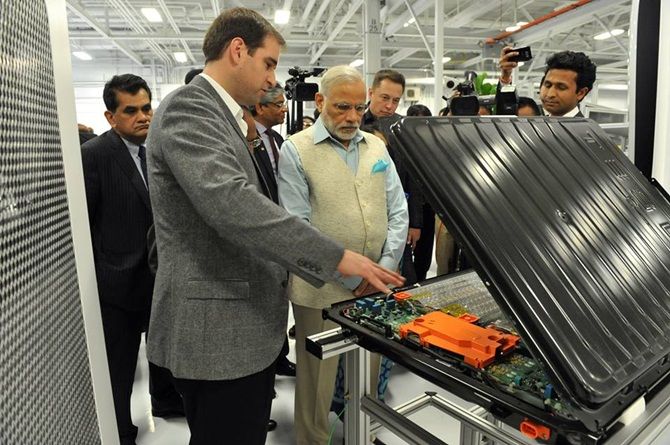 After touring the iconic American automotive company's campus, Modi tweeted how he was impressed by the powerwall technology of Tesla Motors, which stores electricity in a battery for long term. "Enjoyed discussion on how battery technology can help farmers," Modi said after his hour-long visit to Tesla campus wherein he was given a tour by its CEO Elon Musk.

Musk said that he had a "great discussion" with Modi about solar and batteries empowering rural communities. 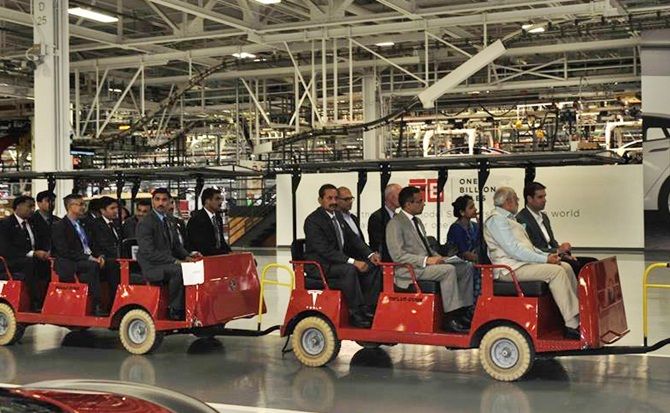 "For India the main take away was the technology behind long term storage battery, which can have multiple applications," said Vikas Swarup, spokesman of the Ministry of External Affairs.

"The Prime Minister was very keen to see how we could utilise the battery – the power ball concept – to leap frog development in India," he added. 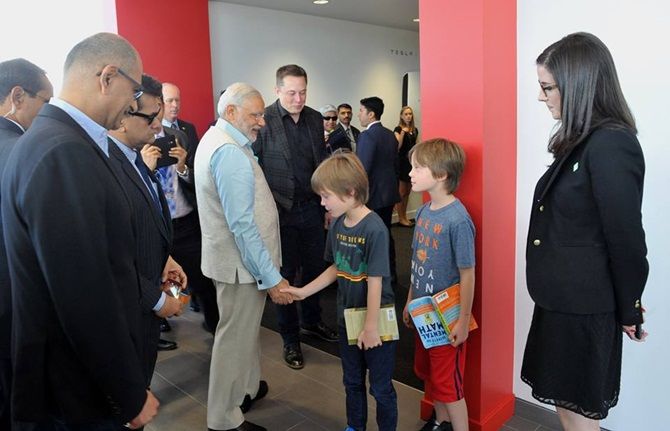 "In fact example given was just the cell phones enables you to grow from nothing to having mobile telephony, in the simpler way the powerwall concept, the solar operated battery can allow clean energy to reach out to the unserviced parts of India where you have nothing right now and by using solar powered and long term battery could provide immediate access to energy," Swarup said. 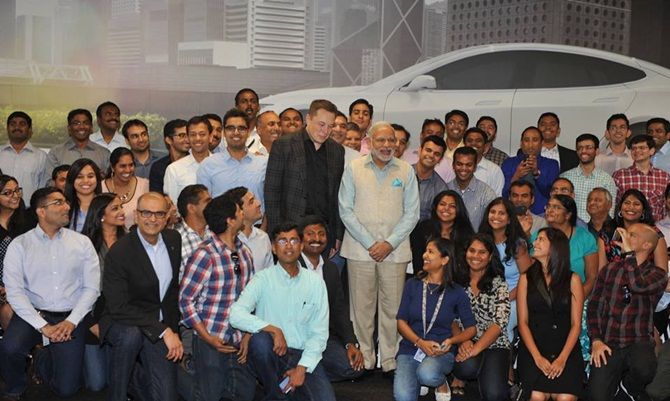 Modi also interacted with Indians working at Tesla and posed for a group picture with them. 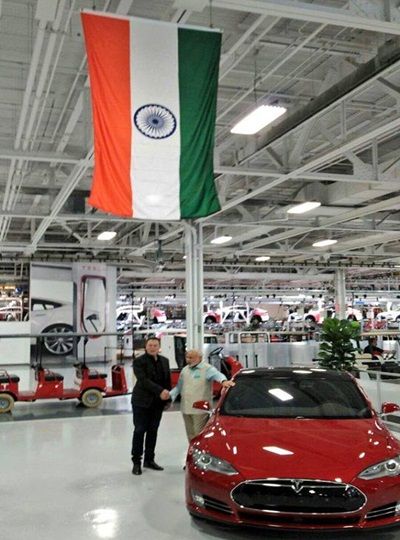 Tesla was founded in 2003 by a bunch of engineers who believed that electric vehicles are better than those powered by gasoline.