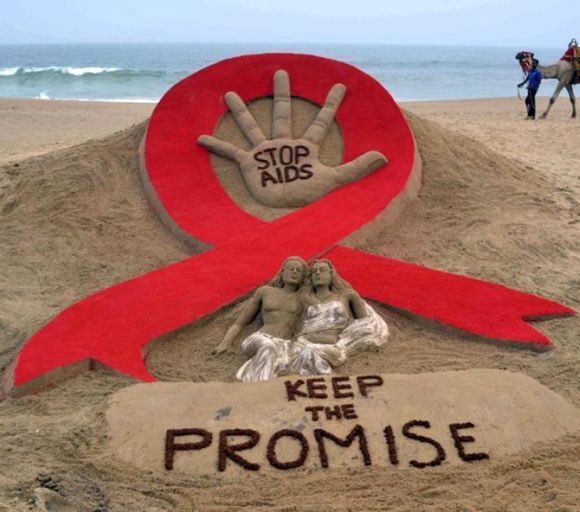 India could run out of a critical medicine in its free HIV/AIDS drugs programme in three weeks due to bureaucratic bungling, a senior government official said, leaving more than 150,000 sufferers without life-saving drugs for about a month.

Missed dosages for long durations can increase patients' drug resistance and result in faster spread of the virus, while changes in medication regimens expose patients to side effects.

The supply crunch will be an embarrassment for the four-month-old government of Prime Minister Narendra Modi, who has promised to deliver more affordable and better health services.

As drugs in the open market are expensive, the government provides more than one-third of India's 2.1 million HIV/AIDS patients with free antiretroviral drugs that are procured from pharmaceutical companies via a tender process.

Delays in approving such tenders have left the National AIDS Control Organisation (NACO) scrambling to secure supplies of tenofovir/lamivudine tablets that are prescribed to thousands of patients during initial stages of treatment.

"We are also fed up. What to do? There are so many bureaucratic hurdles. The file goes to so many tables, and so many comments," NACO Deputy Director General A.S. Rathore told Reuters.

Several sources, company executives and documents seen by Reuters revealed that a tender for the medicine was approved last week, but supplies normally take at least 60 days to reach patients, which in this case would take it to late November.

NACO had raised the demand in January, Rathore said.

Patients and activists complained of shortages of several HIV drugs in September, forcing one group to send a legal notice to the health secretary, Lov Verma. Verma directed NACO to take stock of the programme and told Reuters on Sept. 4 that the situation was not as grave as activists described.

However, Rathore said on Tuesday that the programme had only 1.6 months of tenofovir/lamivudine tablets in stock on Sept. 4. That means, supplies will run out in about 20 days from now. 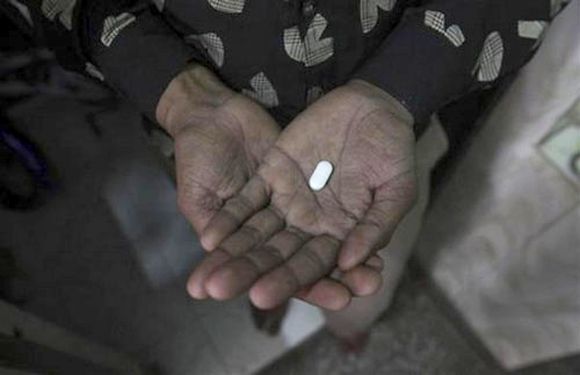 As of Sept. 24, 10 states had less than a month of stocks of such tablets, data available on NACO's website showed.

NACO is now leaning on companies - including Aurobindo Pharma, one of the manufacturers that has been awarded the contract - to help avert a crisis.

India had the third-largest number of people living with HIV in the world at the end of 2013, according to the U.N. AIDS programme, and it accounts for more than half of all AIDS-related deaths in the Asia-Pacific. In 2012, 140,000 people died in India because of AIDS.

The government has been providing free antiretroviral drugs for HIV treatment since 2004, but only 50 per cent of those eligible for the treatment were getting it in 2012, according to a report by the World Health Organisation.

Other than bureaucratic delays, Rathore said poor coordination between NACO and the state centres that dispense the medicines had made it difficult to collate data on the real supply-demand situation.

Documents reviewed by Reuters showed government officials referring to the situation as a "crisis" several times in September and were seeking emergency donations to fill the gap.

"In the long run it (the tender approval) is going to help, but in the immediate term it's already too late," said Loon Gangte of the International Treatment Preparedness Coalition, South Asia, who has been tracking the nation's HIV/AIDS drugs status.

While NACO is confident it will be able to secure supplies before stocks go dry, companies are not committing. 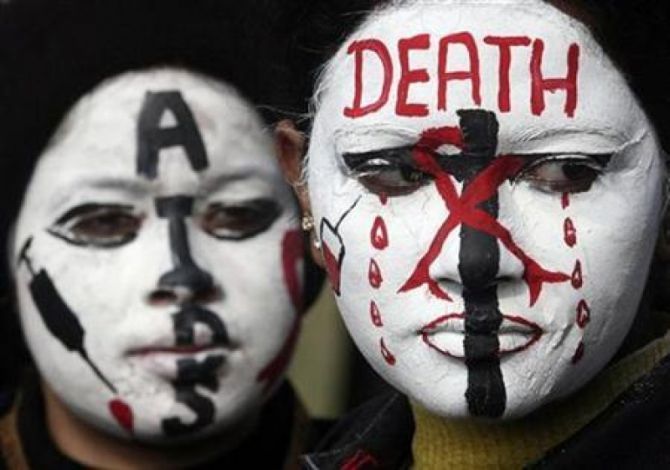 A senior executive at Aurobindo Pharma confirmed on Tuesday that his company had received the approval five days earlier, but said the manufacturing process - which usually takes a minimum of 60 days - would only begin on Wednesday or Thursday.

"As per the books we can only supply by November-end, but we are trying to do something by which we can supply earlier to meet the urgent demand," the official, who had direct knowledge of the matter, said on condition of anonymity.

"We are tying to work against time."

A senior company executive at Hetero Drugs, another company that has been awarded the contract to supply tenofovir/lamivudine tablets under the latest tender, blamed NACO for a lack of planning and delaying the approval process.

"I have all the respect for our ministries, but when you're looking at HIV patients, who can't be deprived even for a single day, this is not an effective way of handling the system," said the executive, who declined to be identified because of the sensitivity of the matter.

Documents accessed by Reuters also showed that NACO in June raised a demand for another medicine, lopinavir/ritonavir syrup, which is manufactured by companies including Indian pharma giant Cipla (CIPL.NS) and given to children infected with HIV.

Another NACO official, who did not wish to be identified, said the tender for the syrup was pending approval.

The programme's current stock of the syrup will reach its drug expiration date by the end of this month, forcing the government to discard unused bottles, the official said.

To meet the urgent need, the Clinton Health Access Initiative of the Clinton Foundation was diverting 1,200 bottles of the syrup from Nigeria and Cipla has been asked to supply 2,000 bottles under a corporate social responsibility programme, the official said.

The NACO official said Cipla was slow to submit tender documents, which led to a delay in approval.

"Once the applications are checked, NACO will place orders," a Cipla spokeswoman said via email. "No orders have been placed by NACO so far. It is believed that this process will take two months."