India at a low 105 on human capital index, Finland tops 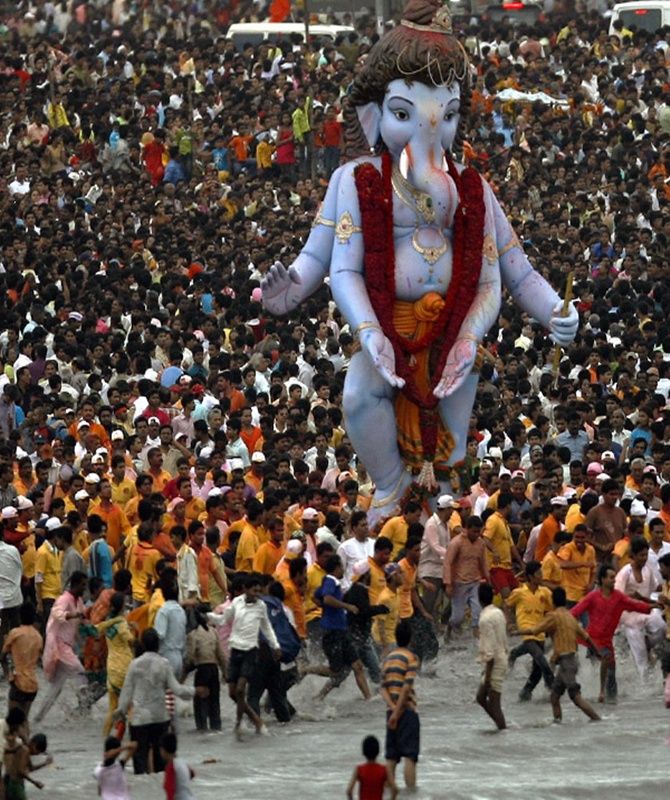 IMAGE: Devotees carry a statue of the Hindu elephant god Ganesh for immersion in the sea, on the last day of 'Ganesh Chaturthi', in Mumbai. Photograph: Punit Paranjpe/Reuters

India was ranked 100th last year out of total 124 countries included in the 2015 index.

India was on Tuesday ranked low at 105th position globally on a worldwide Human Capital Index, which measures countries' ability to nurture, develop and deploy talent for economic growth and was topped by Finland.

India ranks much below China's 71st position while Bangladesh, Bhutan and Sri Lanka are also placed higher on the index released today by Geneva-based World Economic Forum in this Chinese city at its Annual Meeting of New Champions -- also known as 'Summer Davos' summit. 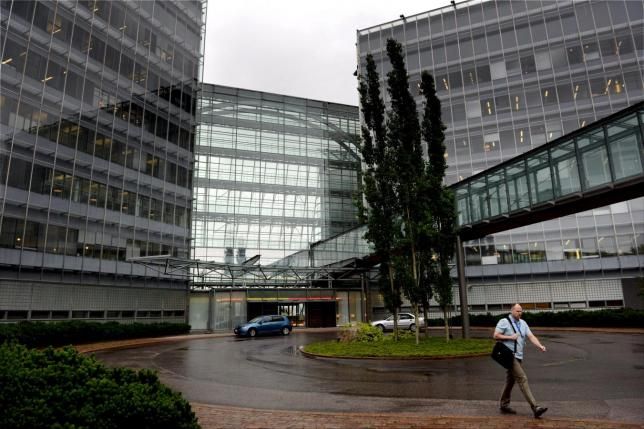 Pakistan ranks further lower at 118th place. Giving India 105th rank out of the total 130 countries included in the index, WEF said the country has optimised just 57 per cent of its human capital endowment -- placing it in the top of the bottom quartile of the Index.

India was ranked 100th last year out of total 124 countries included in the 2015 index.

"Although the country's educational attainment has improved markedly over the different age groups, its youth literacy rate is still only 90 per cent (103rd in the world), well behind the rates of other leading emerging markets," it added. 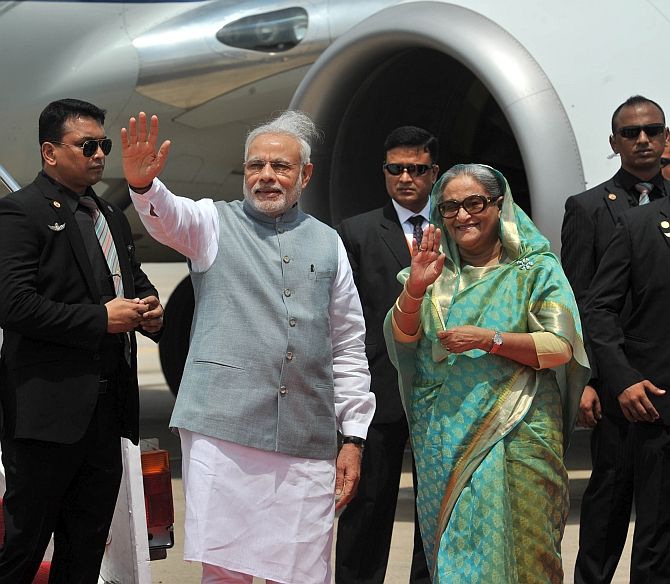 "India also ranks poorly on labour force participation, due in part to one of the world's largest employment gender gaps (121st)."

On positive side, India has got better rankings on quality of education system (39th), staff training (46th) and ease of finding skilled employees (45th) indicators.

This suggests "a primary avenue for improvement for the country consists of expanding access to its numerous learning and employment opportunities".

The report also showed that India had the largest share in the "global distribution of tertiary degree holders" at nearly 78 million while it was second largest after China on global distribution of recent graduates in STEM subjects (science, technology, engineering and mathematics) at about 2.5 million. 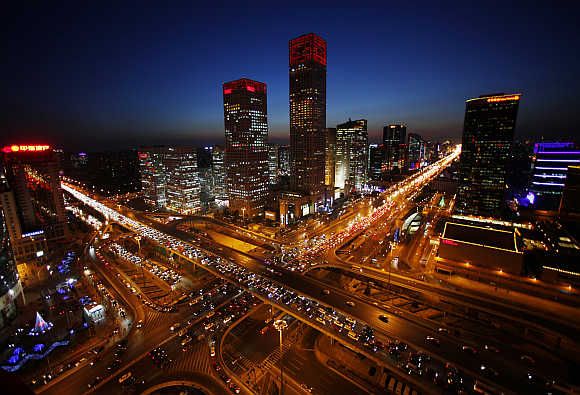 Globally also, an average of only 65 per cent of the world's talent is being optimised through education, skills development and deployment during people's lifetimes, WEF said.

Finland, Norway and Switzerland hold the top three positions, utilising around 85 per cent of their human capital. Japan leads when it comes to 55 year-olds and over. 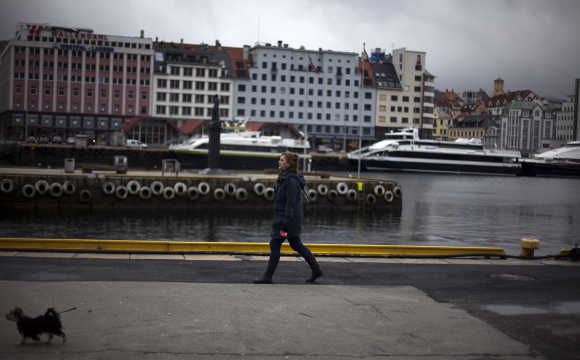 IMAGE: A woman walks her dog near the marina in downtown Bergen, Norway. Photograph: Stoyan Nenov/Reuters

"Today's transition to the Fourth Industrial Revolution, combined with a crisis of governance, creates an urgent need for the world's educators and employers to fundamentally rethink human capital through dialogue and partnerships," said Klaus Schwab, Founder and Executive Chairman of WEF.

"The adaptation of educational institutions, labour market policy and workplaces are crucial to growth, equality and social stability." 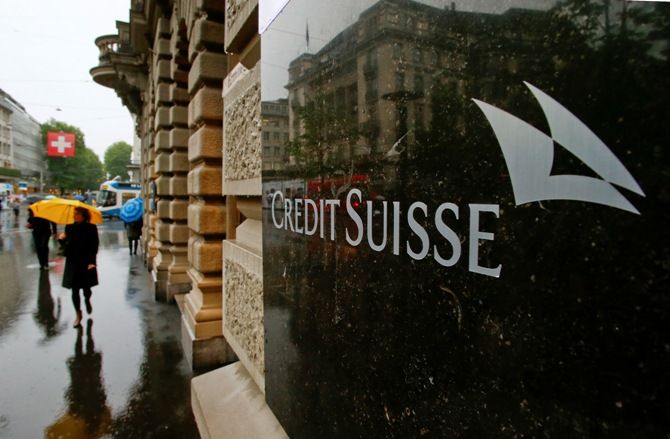 IMAGE: Image: Swiss bank Credit Suisse logo is seen in front of its headquarters in Zurich May 2, 2014. Photographs: Arnd Wiegmann/Reuters

On the global index, Japan and Sweden have moved up to 4th and 5th places and are followed by New Zealand, Denmark, the Netherlands, Canada and and Belgium in top 10.

Countries ranked below India include Nepal, Myanmar, Haiti, Malawi and Burundi while Mauritania, Yemen, Chad, Nigeria and Mali are placed in the bottom-five with below 50 per cent talent optimisation. 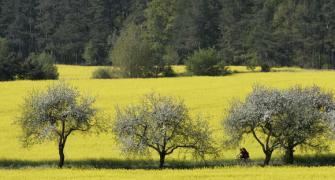 IMAGES: 25 best countries in the world to live in 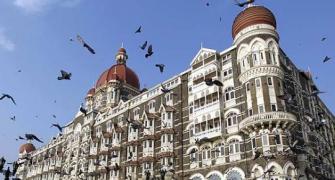 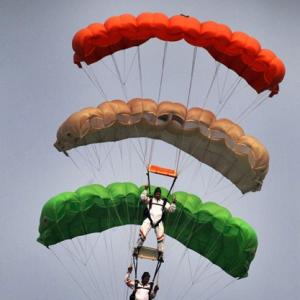 World's best countries to do business, India SLIPS to 134