OlaCabs has presence across 19 cities, of which nine were added in the last 45 days. 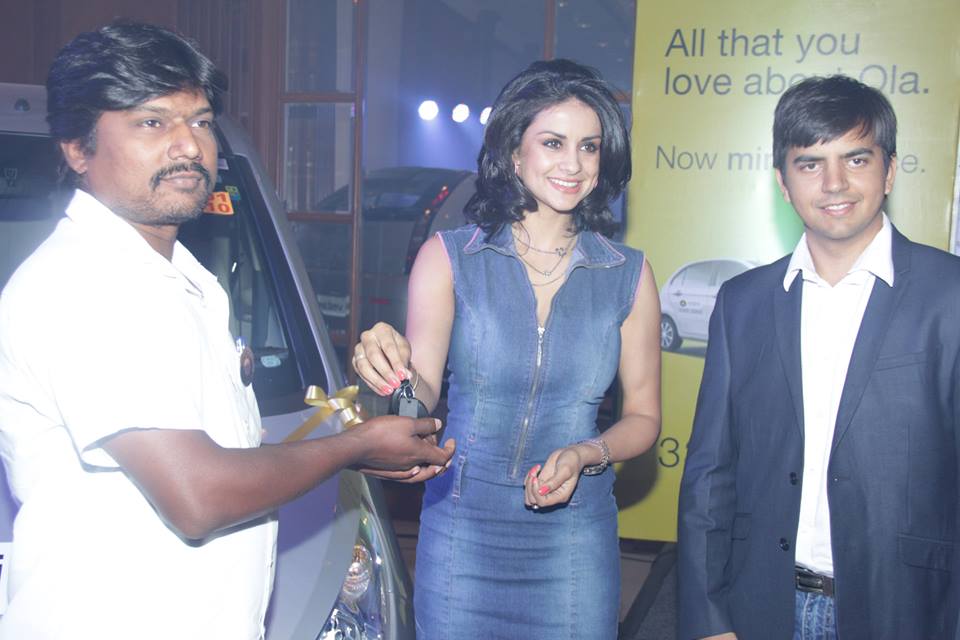 Image: Actress Gul Panag hands over the keys to an OlaCabs driver, in the presence of the company's co-founder Bhavish Aggarwal. Photograph: Courtesy, Facebook/ Ola

Roti, kapda aur makaan (food, clothing and shelter) may be the modest ambition of Indians, but the founders of Ola (formerly OlaCabs), Bhavish Aggarwal (29) and Ankit Bhati (28), believe that transport should be added to that list now.

It is with this belief that the two alumni of Indian Institute of Technology Bombay are rapidly expanding operations of their online taxi aggregation firm, which was set up in 2011 with operations only in Mumbai.

The company today has presence across 19 cities, of which nine were added in the last 45 days.

This hyper-growth and an ambitious plan to expand to 100 cities by the end of 2015 are perhaps what attracted Japan's richest man, Masayoshi Son, the chairman of telecom and media group SoftBank Corp, who earlier this week announced an investment of $210 million (around Rs 1,260 crore) in the company. 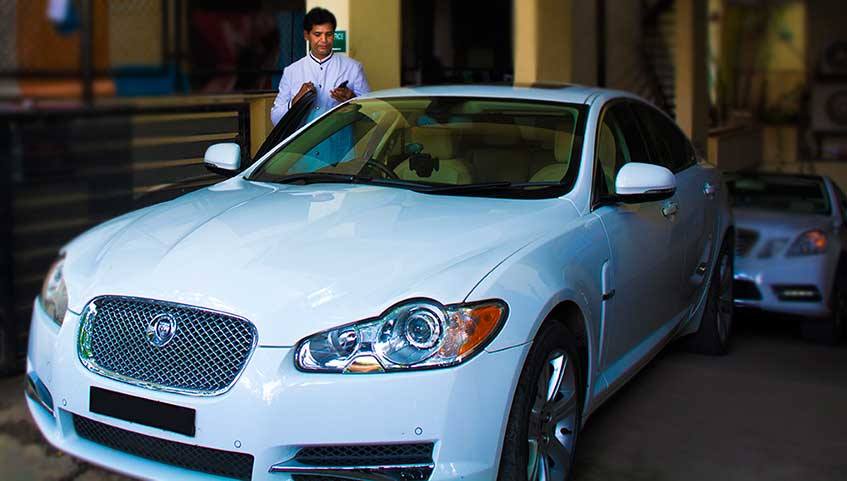 The three-year-old company is valued at $1 billion, according to sources.

Even as Aggarwal and Bhati are riding the wave of success, this has come at a cost.

According to people who know Aggarwal closely, he was a passionate nature photographer and spent a lot of time on cycling trips before Ola started.

However, now most of his time is spent travelling across 20-plus offices of the company in several cities.

Before starting Ola, Aggarwal spent two years with Microsoft Research, where he filed for two patents and published three papers in international journals. 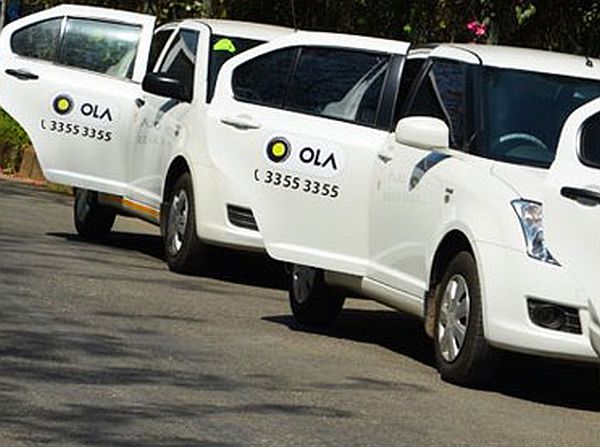 Aggarwal's dedication towards his idea reflects in the fact that along with his wife, he has pledged never to buy a personal vehicle and always use Ola for transportation.

When he is not between meetings, Aggarwal is seen spending time on his gadgets.

A fan of Apple products, Aggarwal already owns an iPhone6, which was launched in India earlier this month.

In addition, Aggarwal uses an Apple MacBook and an iPad Mini tablet. 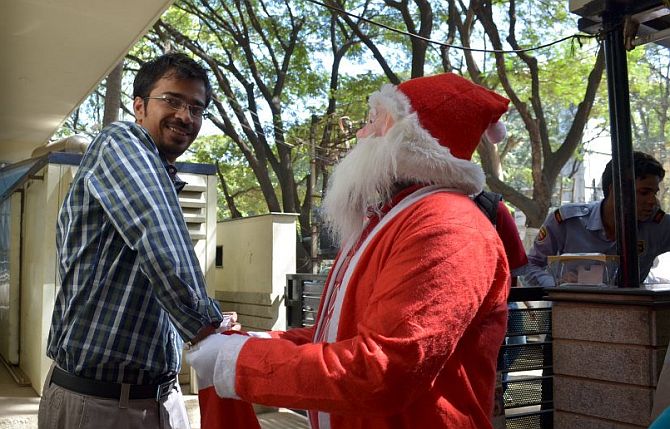 His colleagues these days see him spending a lot of time reading on his newly-acquired Kindle.

The technology enthusiast is also passionate about charity, as a few months ago he accepted the 'Ice Bucket Challenge' from Vikas Malpani, co-founder of Commonfloor, and Kunal Bahl of Snapdeal, and donated an undisclosed amount to Akshaya Patra Foundation which provides mid-day meal to 1.4 million children every day.

While Aggarwal is the public face of Ola, Bhati is the technology backbone of the company.

"The joke in the company is that if you take Bhati's blood test, it'll be 'Code Positive'," says an employee of Ola.

Even as he is unlike a 'typical geek' and socialises with friends and colleagues, people who know him say that his passion for coding is the first thing one would notice about him. 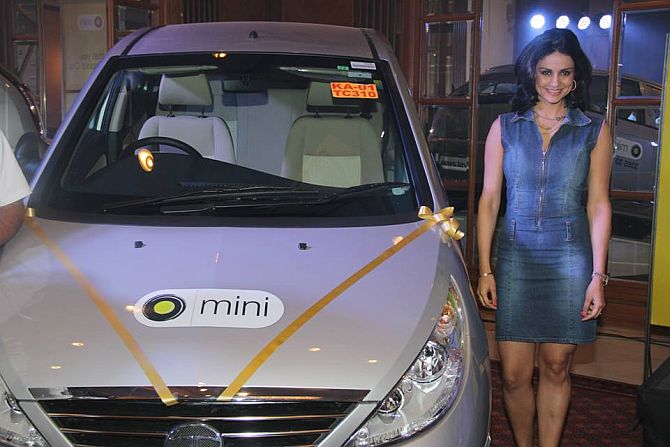 Image: Ola is not just about consumers' comfort but also about helping thousands of drivers across the country become entrepreneurs, believe its founders.  Photograph: Courtesy, Facebook/ Ola

"All we see him do in office is write code," says another Ola employee. Bhati, who is described by friends as an introvert and a quiet person, does not interact with media nor does he attend any of Ola's public events.

As they chase higher growth, both Aggarwal and Bhati believe that Ola is not just about consumers' comfort but also about helping thousands of drivers across the country become entrepreneurs. 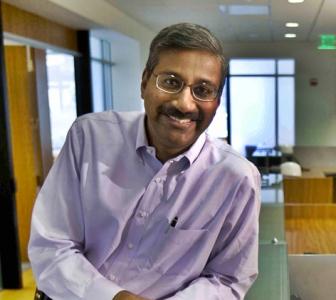 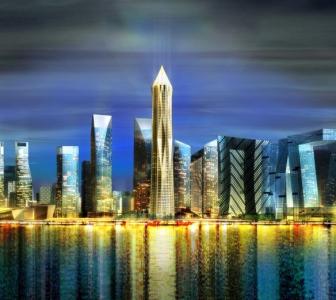 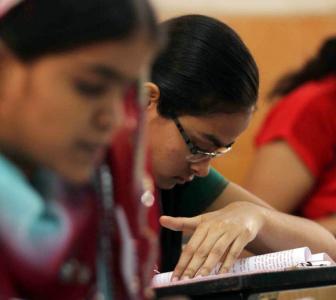 How to crack the GATE: Tips from a topper 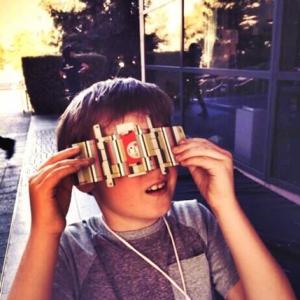