Sustaining double-digit growth would require arresting the pace at which the productivity of agricultural land in India is diminishing, points out Andy Mukherjee. 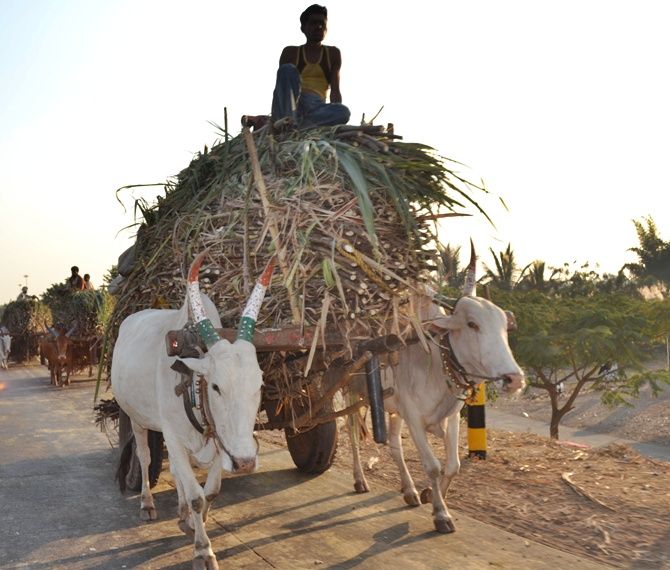 Image: Investors are sceptical that the economy could have picked up so much steam.

The path to double-digit growth has disappeared in the mist of India's confounding new GDP statistics.

When the fog clears, it will show the goal to be much more distant than it is becoming fashionable to believe.

The revised data, released last month, are deceptively cheery. Output is supposedly on track to expand by 7.4 percent in the year to March, almost one and a half times the rate recorded just two years ago.

Investors are sceptical that the economy could have picked up so much steam while battling high domestic interest rates, fiscal belt-tightening, corporate and banking distress and anaemic world trade. 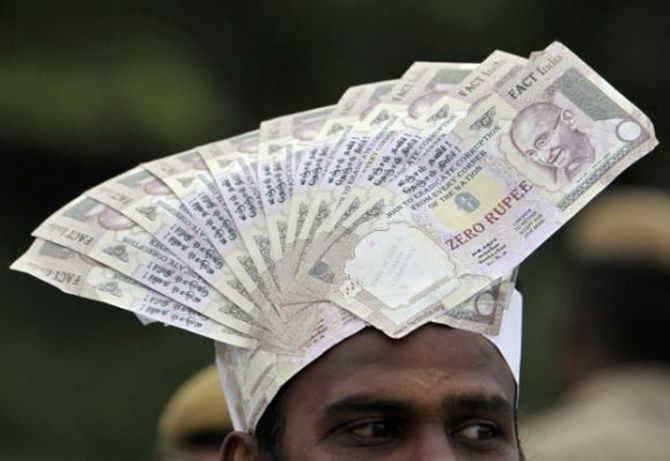 Image: India can increase its output by about 7 percent a year. Photograph: Reuters

Nevertheless, the illusion of faster growth might be making policymakers think the road to prosperity is shorter than it really is.

Finance Minister Arun Jaitley said recently that he wants the economy to grow between 9 and 10 percent for "many, many more years than 10."

It would be mistake to underestimate the hard work such a goal entails. Economic trends observable back to the 1980s suggest that India can increase its output by about 7 percent a year without risking inflation.

Of this, 3.5 percent comes from absorbing more capital. Another 2 percent is due to the country's growing workforce, while efficiency improvements make up the remaining 1.5 percent.

Unless past trends have changed dramatically, those factors still limit India's potential growth.

Policymakers could stretch the frontiers, though. The country's telecommunications industry offers a useful template for efficiency and reform. 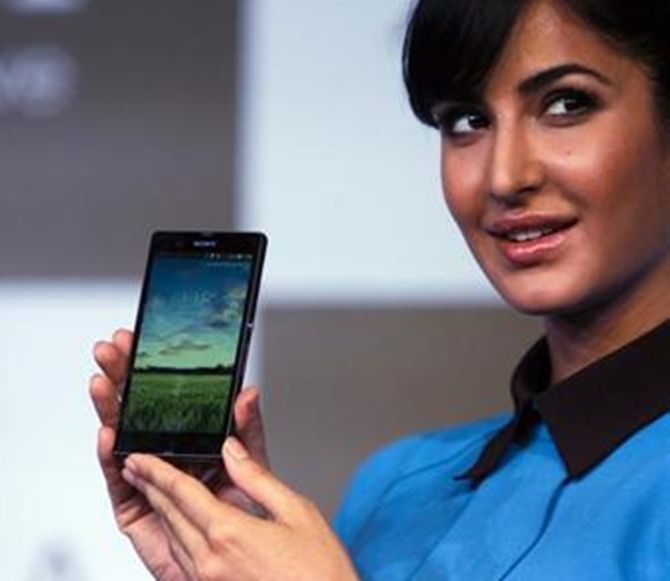 Before 1985, the government had a complete monopoly on telecoms, and being able to make a call was a luxury.

Now the country has almost a billion mobile phones. Services are cheap, while auctioning airwaves to operators raises billions of dollars for the government.

India could emulate that success by focusing on sectors where efficiency levels are rising, and where reforms can play a big role in attracting both new investors and jobseekers. Candidates include financial services, retail, and utilities such as electricity and gas.

Allowing global retailers like Wal-Mart and Amazon to expand in India would bring big gains. Merging, selling or closing down existing state-run banks and encouraging more private-sector competition in finance would be politically contentious, but highly beneficial.

Removing distortive subsidies in the pricing of water and electricity would also help. If these industries absorb as much capital and labour as telecom, the extra output would boost India's potential GDP growth to 7.5 percent a year, according to Breakingviews calculations. 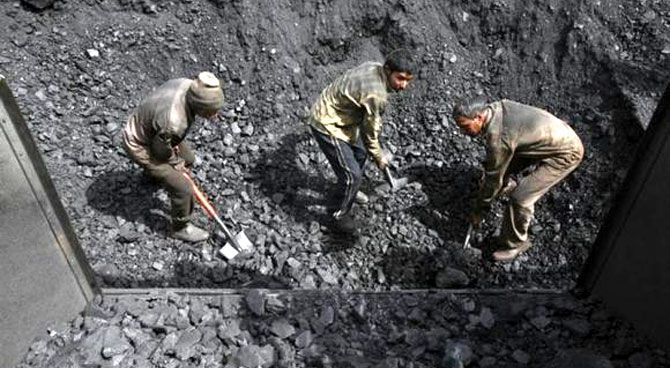 Image: Focusing on mining could provide a further jump to growth. Photograph: Reuters

Focusing on productivity laggards like mining could provide a further jump in potential growth. Reducing the dominance of state-owned oligopolies like Coal India and forcing them to compete with professional miners could stop the erosion of efficiency in this important industry.

Construction could benefit from a revamped railway network that can move building materials cheaply and efficiently across the country.

Making uninterrupted power available at affordable prices to small manufacturers should boost the competitiveness of furniture, plastics and auto-parts makers.

If government reforms can boost productivity growth in these inefficient industries to the same level as trade or financial services, India's potential GDP growth could improve to about 7.8 percent.

But that's where things may get stuck. To lift growth further, India would need to make the entire supply chain more efficient. 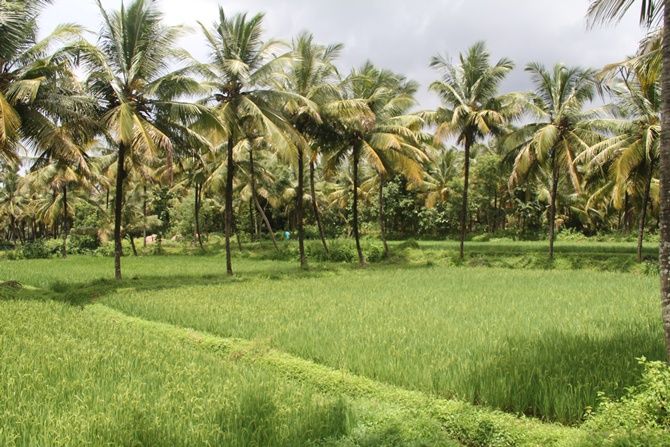 Image: Productivity of agricultural land in India is diminishing.

Officials would have to make it easier to set up a new business. A faster bankruptcy process would enable capital to escape the clutches of dying industries to where it's most needed.

With all this, potential GDP growth would still be shy of 9 percent. Reaching and sustaining double-digit growth would require arresting the pace at which the productivity of agricultural land in India is diminishing. That's a huge reform project in itself.

Finding the distant destination in the fog of dubious new GDP statistics won't be easy.

But as long as the government is encouraging productive sectors to become bigger and toning up the laggards, India would be moving in the right direction.