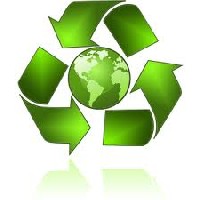 This is part of its plan to diversify into power, automation and hospitality sectors, after a century of being in the banking business in Kerala.

"A lot of PE investors are interested in renewable energy and we are exploring PE investments for our wind energy initiatives," said Thomas John Muthoot, chairman and managing director.

The renewable energy (RE) sector in India saw 135 per cent more PE and venture capital (VC) investments in 2010.

Experts attribute the interest of angel investors in RE - wind, solar and hydel and biomass - to the government's recent initiatives. The latter plans to get 20 gigawatts (Gw, or 20,000 Mw) from sunlight by 2020.

It launched the National Solar Mission last year as part of a strategy to cut the country's carbon footprint.

India could attract $169 billion (Rs 7.7 lakh crore) for clean power projects over the next decade, according to a recent report of The Pew Charitable Trusts.

Over the next decade, India is projected to increase its RE capacity to 91 Gw, five times what is currently installed, adds the report.

Another recent study, conducted by the Centre For Development Finance of the Chennai-based Institute for Financial Management and Research, in alliance with World Resources Institute, says India has an aggregate market potential of $2.11 billion per year (Rs 9,600 crore) for clean energy.

That comprises $2.04 bn for decentralised RE services and $70.1 mn for energy products such as solar lanterns and solar home systems.

"The RE segment did not witness the same level of activity as the thermal power sector because of concerns over an unfavourable regulatory environment and scalability. Now, the government is slowly but surely ushering in changes that will make RE generation projects more attractive for investors.

We expect PE interest in RE generation to sustain over the next few years." said Venkat Subramanyam, founder-director, Veda Corporate Advisors, an investment banking firm which has closed a couple of PE deals in renewable energy.

"Incentives offered by India for wind energy are attractive, but solar (energy) is not attractive for us at this point in time, due to lack of clarity on long-term return on investments," says Rajiv Mishra, managing director of CLP India, the largest foreign private power company operating in India.

CLP is planning to add 300 Mw every year in the coming years to take its wind power capacity to about 2,000 Mw.

Early this week, the Asian Development Bank (ADB) increased its support for clean energy and announced an injection of up to $40 mn in two new India-focused PE funds.

The money is to go equally to the Clean Resources Asia Growth Fund and the Renewable Energy Asia Fund. ADB is targeting $2 bn investments a year in clean energy by 2013 in Asia.

Olympus has a $250-mn regional environment fund. Earlier, the fund had invested $35 mn in Orient Green and $10 mn each in Bessemer Venture Partners and Shriram EPC.

It has four new RE projects of 100 Mw capacity in hydro and biomass sectors. "Given the power deficit scenario and the government focus on RE, we as a fund are focused on RE investment opportunities," said Balaji Srinivas, managing partner, Aureos India.

S G Shyam Sundar, managing director, IDFC PE, said, "There would be huge potential for clean energy in India in the backdrop of mounting prices of traditional fuel and the increasing energy demand."

Adding, "Abundant resources and the government's policy to support the clean energy sector to meet the increasing demand for power makes the sector interesting for investors."

Since last year, the International Finance Corporation, an arm of the World Bank, has invested $25 mn in Bhilwara Energy, $10 mn in Auro Mira Energy and also in Azure Power India, a solar power company.