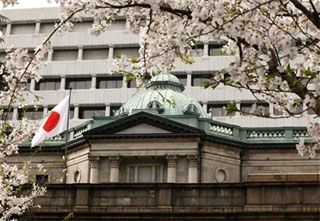 The Bank of Japan (BoJ) has decided to play Santa, with a large expansion of its ongoing quantitative expansion programme that should maintain liquidity through calendar 2015. This was the prime factor in driving financial markets up last week, with Indian equities being a major beneficiary.

Both the Nifty and the Sensex hit new all-time highs on decent volumes. The last fortnight saw a big trend reversal, with the Nifty-Sensex climbing seven per cent each after being bearish through early October. The BoJ action nullifies the bearish effects of the ending of the US' Quantitative Easing-III programme. Any easing from now on by the Europeans, or by the Chinese, will be seen as a bonus by financial players. The European Central Bank's "stress test" showed results that beat expectations in another piece of good news.

In terms of sentiment, foreign institutional investor (FII) trading patterns also indicated a reversal. The FIIs were net negative on Indian equities in early October. But they bought over Rs 5,500 crore (Rs 55 billlion) net in the last 10 sessions of the month. Coupled to net domestic institutional buying of over Rs 4,000 crore (Rs 40 billion) in October, this was more than enough to push the market up.

The move to new highs indicates that the bull market is alive and kicking by definition. But the last month, with its correction followed by the new surge, did suggest areas of concern. The dependency on FII attitude remains marked. In the past 12 months, FII net buying of Indian equity exceeded domestic buying by a ratio of about 10:1. There hasn't been a single extended period when FII attitude has gone one way while the major indices have moved in the opposite direction.

Second, the market is apparently increasingly dependent on a positive re-rating of financials, banks and other rate-sensitives. Those sectors are being backed by punters, who believe that the Reserve Bank of India (RBI)'s monetary policy will turn dovish, with policy rate cuts after January 2015. 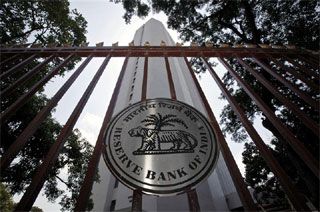 The monetary bulls may be right - inflation has been falling and the central bank could indeed decide to cut rates. Given softer crude prices and falling vegetable prices, inflation should reduce further through Q3. But if the RBI decides to hold off cuts till April 2015 (for example), there could be a collapse of sentiment in Q4.

As things stand, however, the Bank Nifty, other non-banking financials and rate sensitives such as the auto sector could continue driving the broader market. Banks have large weights in the Sensex-Nifty and the sector is high-beta. One key area of concern is the non-performing assets (NPAs) of public sector banks.

If NPAs (and restructured loans) reduce in Q2 and Q3 for the PSU banks, the sectoral uncertainties would considerably reduce. So far, the Punjab National Bank has not managed to reduce NPAs but Bank of Baroda and Union Bank seem to have improved the quality of assets.

On the macro-economic front, the International Monetary Fund has taken India off its "fragile five" list of vulnerable emerging economies. The current account deficit will drop below two per cent of gross domestic product (GDP), and it's likely that the fiscal deficit will be held to 4.1 per cent of GDP or even less if crude stays soft. However, economic activity was slowing through Q2, and we can only hope that it picked up in the festive season.

The global themes haven't really changed much in the past fortnight. The US economy seems to be rebounding with some energy. Europe is struggling but its banking system is apparently in better shape than expected. Japan is showing modest growth and expanding its QE. China will probably settle for lower GDP next year. Russia could face tighter sanctions and it may retaliate by cutting off gas to West Europe. The Islamic State remains a clear and present danger.

On the domestic political front, the mishandling of the black money scandal and the pullback from attending the Organisation for Economic Cooperation and Development's Foreign Account Tax Compliance Act conference have not reflected well on the government. However, this is probably outweighed by the favourable election results in Maharashtra and Haryana. The market has absorbed and shrugged off average to disappointing Q2 corporate results and seems to be braced for a gradual turnaround, rather than continuing to expect miracles.