News
Business
Movies
Sports
Cricket
Get Ahead
Money Tips
Shopping
Sign in  |  Create a Rediffmail account
Rediff.com  » Business » How you can cut down on your credit card expenses Customers seem to be happily swiping their credit cards. According to Reserve Bank of India (RBI)’s data on deployment of gross bank credit, the growth in credit card dues was 23.7 per cent over the previous financial year as on March 18. The total was Rs 37,700 crore (Rs 377 billion), against Rs 30,500 crore (Rs 305 billion) in the same period last year.

Consequently, the economic research department of State Bank of India says, “Within personal loans, it is the credit card loan segment that is rising rapidly, indicating a rise in consumer indebtedness. A benign inflation trajectory might also be one of the reasons leading to higher consumer spending. However, household debt, as measured by credit dues per credit card in India, has been rising even in real terms (after being adjusted for wholesale price index inflation).”

“We see a lot of people with incomes of Rs 15,000-20,000 per month applying. This is a segment that would normally not get credit cards. Whether this was an unmet demand that already existed or has started now, is difficult to say,’’ he says.

The rise in overall spending through credit cards should worry customers. And before you fall into a debt trap, start reducing it now. Most people get stuck in such a trap because it creeps up slowly, says Punja.

A big credit card debt can affect your chances of securing loans in future because, today, banks rely heavily on credit reports from credit bureaus. However, if you do run up a big credit card outstanding, there are ways you can bring it down.

Today, if you make a large transaction, you immediately get an alert from your bank, asking whether you want to convert it into equated monthly instalments (EMIs). “You have the option to convert one or more transactions into EMIs. So, instead of paying the entire amount in one month, you can pay through an EMI,’’ says Rajiv Anand, head, retail assets, Axis Bank.

You can choose the EMI option while making a purchase, both in case of online and offline transactions. The credit limit is reduced to the extent of the principal outstanding and is freed as you keep repaying. You also do not have the option of pre-paying once you convert it into EMI.

Adhil Shetty of BankBazaar says it is better to opt for an EMI on credit card. “Some credit cards have zero per cent interest rate on EMI. Other benefits include reward points and additional discounts offered by e-commerce players in tie-up with certain cards.

Convert dues into a personal loan

Another option is to convert the dues into a personal loan. “If the outstanding crosses a certain limit we suggest that customers convert it into a personal loan so that they are forced to repay a certain amount every month,’’ says Sumit Bali, senior executive vice-president & head-personal assets, Kotak Mahindra Bank.

The advantage of doing so is that the interest rate on a personal loan is lower than the rate on credit card dues. But, if you are already over-leveraged on your credit card, getting a personal unsecured loan could be tough, points out Punja.

The biggest advantage is that interest rates on personal loans are lower than on EMIs, around 14-17 per cent against anything upwards of 30 per cent.

Essentially, you have to replace the high cost credit card debt with low-cost debt and the best option is to take a secured loan, says Punja. These include gold loans, loans against fixed deposits (FDs), loans against shares, etc. You can pledge assets like gold jewellery, bank FDs or shares and take a loan against these.

There are conditions that you must keep in mind for each of these. For instance, in case of gold loans, you have to keep in mind the loan-to-value ratio, which is currently 75 per cent. This means that you can get loan only up to 75 per cent of the value of gold. In case of loan against shares, check if the shares you own are in the bank’s list of approved securities.

Most banks give loans only against shares of top-rated companies. In both cases, if the value of the asset falls, you will be asked to either repay your loan partly or pay margin to the bank. Again, you will have to go through the documentation process and pay processing charges for the loan. In addition, taking on too many loans will affect your credit score.

While sounding cautious, a State Bank of India report says the situation is not as worrisome as 2009. “Personal-loans share is once again rising in the total loan portfolio, which leads one to wonder if this increase suggests a movement towards a similar glaring situation or portends a brighter economic outlook ahead. However, personal-loans share does not seem worrisome with the level even below March 2009,’’ the report says.

Agreeing that retail credit is increasing, Sumit Bali of Kotak Mahindra Bank says it is not yet a concern. “With e-commerce growing, credit card transactions are growing. Youngsters in India are more comfortable with debt and are financially-savvy. There are customers who pay part of the dues, get their credit limit released and reuse the card.

But, banks today are far more informed about their customers’ ability to repay. So, we work with customers to bring down their credit card dues,” he says.

Credit dues going up means cards are being utilised more, says Rajiv Anand of Axis Bank. “That by itself is not a reason to worry. What banks track from a risk perspective is whether customers are consistently revolving their credit,” he says. 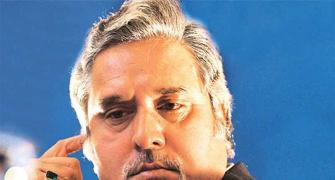 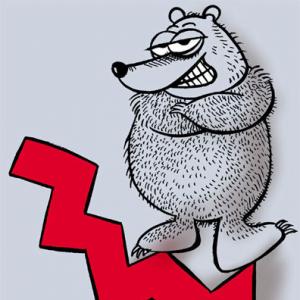