Defence Minister A K Antony and Railway Minister Mamata Banerjee have total assets of nearly Rs 100,000 and Rs 600,000 respectively in contrast to their colleagues like Praful Patel and Jyotiraditya Scindia who own assets of over Rs 25 crore (Rs 250 million). 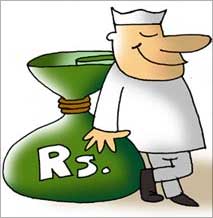 The asset details furnished by Antony show that the three-time Kerala chief minister does not have any liabilities. His wife Elizabeth Antony had a house worth Rs 15 lakh (Rs 1.5 million) and five cents of land worth Rs 15 lakh. She also has Rs 319,000 in her name in three bank accounts.

His colleague Mamata Banerjee also lives a modest lifestyle. She neither owns any vehicle nor any house or residential buildings in her name.

'Didi', as she is known as among her followers, has 10 grams of gold jewellery worth Rs 15,000. The firebrand leader has just one dependent -- her mother -- who holds no separate assets, the asset details show.

The details of assets and liabilities of the ministers for the year 2008-09 have been made public by the Prime Minister's Office after Central Information Commission's decision in this regard. Exercising his Right to Information, activist S C Agrawal had sought these details.

One of the richest ministers Praful Patel has properties worth Rs 29.62 crore (Rs 296 million) while his wife Varsha Patel's immovable assets are worth Rs 37.7 crore (Rs 377 million). The couple also have cash worth over Rs 18 lakh (Rs 1.8 million) in different banks, the asset details filed by the civil aviation minister show.

Minister of State for Commerce and Industry Jyotiraditya Scindia has assets of nearly Rs 25 crore (Rs 250 million). The major chunk of his assets are 'investments in Indian and foreign securities' which are worth over Rs 16 crore (Rs 160 million).

The young leader also has jewellery of over Rs 5.7 crore (Rs 57 million) and a number of inherited properties. He also owns a Ford car estimated to be worth around Rs 10 lakh (Rs 1 million).

Agriculture Minister Sharad Pawar and his wife have assets worth Rs 6.5 crore (Rs 65 million). The amount includes his share from Hindu Undivided Family.

Former Minister of State for External Affairs Shashi Tharoor has assets worth Rs 27 crore (Rs 270 million) which includes a flat in New York.

These details include a fixed deposit worth Rs 4 crore (Rs 40 million) and Rs 1.39 crore (Rs 14 million) in savings account.

Farooq Abdullah, Minister for New and Renewable Energy has given details of property worth Rs 250,000 while he also mentioned of Rs 400,000 received as ex-gratia from state government for a house burnt down by militants.

Other prominent ministers' assets details include that of Telecom Minister A Raja with assets of nearly Rs 1.5 crore (Rs 15 million) which include ornaments and jewellery worth Rs 15 lakh (Rs 1.5 million), cash of over Rs 16 lakh (Rs 1.6 million). Rs 1 crore fraudulently withdrawn from SBI a/cs
What will Mamata Banerjee do next? 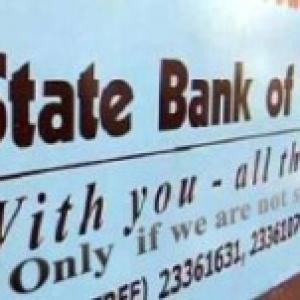 SBI may continue with teaser rates