'Modi's role at Paris last year is a testament to his willingness to take a political risk to do what he thinks is right, not just for his country, but for the planet' The historic climate change agreement in Paris may not have been possible without the leadership shown by India in making some "substantial commitments", the White House said on Tuesday after Prime Minister Narendra Modi's meeting with US President Barack Obama.

"We've said on many occasions that India's role in that process was significant and it's unlikely that we would have actually reached an agreement in Paris last December had the Indians not stepped up and shown some leadership in making some substantial commitments," White House press secretary Josh Earnest told reporters.

He made the remarks while responding to questions on the meeting between Obama and Modi wherein the two leaders reaffirmed their commitment to join the Paris agreement by the end of this year.

"The announcements or the discussion with the prime minister, there was extensive discussion about the leading role that India played in achieving an international agreement to fight climate change and fight carbon pollution," he said.

Earnest said Modi's role at Paris last year is a testament to his willingness to take a political risk to do what he thinks is right, not just for his country, but for the planet.

"And he deserves a lot of credit for that," Earnest said.

"What I'll also say is that Prime Minister Modi recognises that there's an important economic opportunity here. President Obama certainly recognises that and we've made the case that as more countries around the world consider the move to low-carbon economy, that creates important opportunities in the alternative energy sector," he said.

There certainly are important opportunities for American businesses even in India in the solar sector and in the wind energy sector, Earnest said, adding that there also is an opportunity for the United States to work with countries around the world to develop further nuclear energy technology.

"And there was a discussion between the two leaders about the investment in infrastructure in India, and we were pleased to see India announce that it intends to build six Westinghouse nuclear reactors in India. This is a project that would create and sustain tens of thousands of good paying jobs in the United States and in India," he said.

"So this is a good example of how smart decisions about renewable energy and fighting climate change can have an important and positive economic impact in the United States and in countries around the world," Earnest said.

In response to another question, Earnest referred to Modi's remarks that India shares the objective that the United States has laid out, which is to see the Paris agreement come into force of this year and India has committed to doing their part to working toward the goal, a shared goal, of entering the agreement this year. 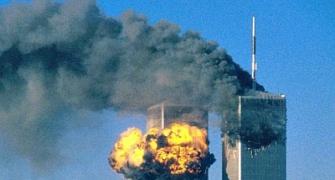 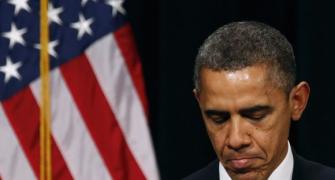 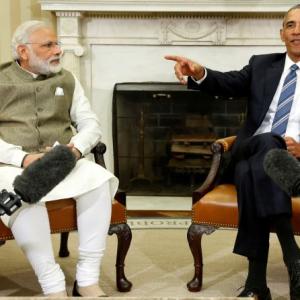 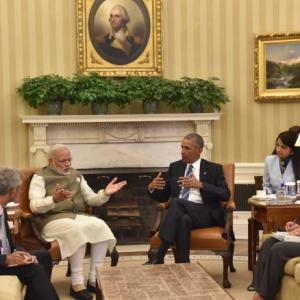