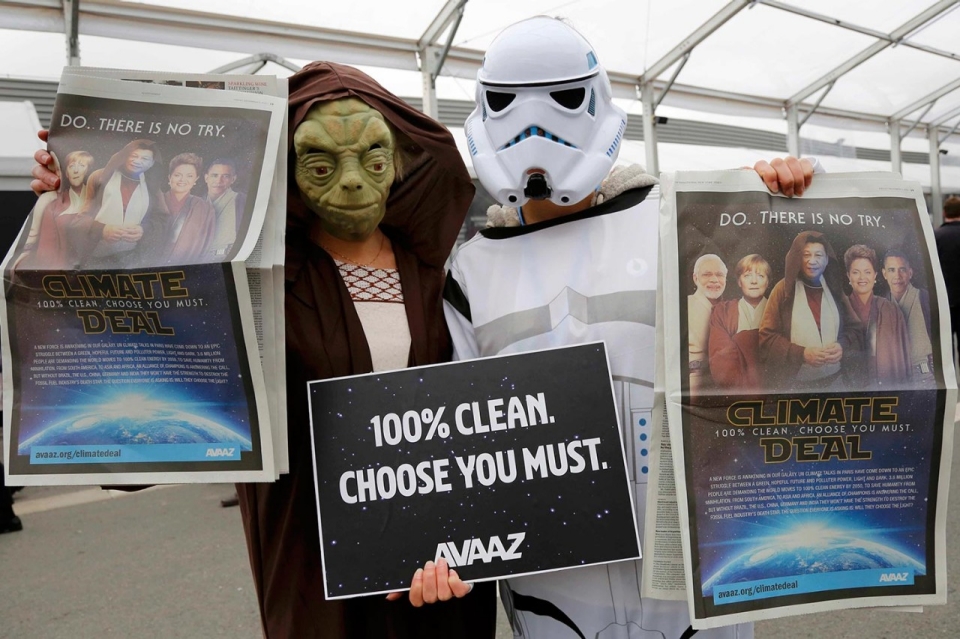 Activists from the NGO AVAAZ dress as Star Wars characters at a demonstration in Le Bourget. Photograph: Jacky Naegelen / Reuters

The Paris climate change agreement is a victory for climate justice, India has said stressing that the multilateral deal preserves the development imperatives of developing countries and frames climate ambition in a "lens of equity".

"India is happy with the outcome of the COP-21 in Paris. As our Prime Minister (Narendra Modi) said, we are all winners in the Paris outcome. Climate Justice has won and the new Agreement marks a new push jointly by all nations for a greener future," India's Deputy Permanent Representative Ambassador Bhagwant Bishnoi said at a briefing organised here yesterday by the President of General Assembly on the just concluded climate summit in Paris.

Bishnoi said India participated in Paris in a spirit of openness, constructiveness and flexibility and India's voice was a voice of developing countries.

"Our call for climate justice was based on the centrality of equity, historical responsibilities and the right to development for the world's poorest.

"We are happy that the Paris Agreement acknowledges and preserves the development imperatives of India and other developing countries, framing climate ambition in a lens of equity," he said.

Noting that the agreement unequivocally acknowledges the imperative of climate justice, Bishnoi said the deal based itself on the principles of equity and common but differentiated responsibilities.

"We are also happy that the Agreement differentiates between the actions of developed and developing countries across its elements," he said as he expressed appreciation for efforts of French President Francois Hollande climate envoy Laurence Tubing and UN Secretary General Ban Ki-moon.

"The Paris Agreement has given a new hope and direction to our collective effort to address climate change.

The COP-21 in Paris has marked a high point in what has been a defining year in multilateralism," Bishnoi said.

He noted that the Paris Agreement complements the 2030 Development Agenda and taken together, both the outcomes mark a new beginning for international cooperation to protect the health of the planet and ensure a life of dignity to all people. UN Secretary General Ban Ki-moon has termed the Paris Agreement "a health insurance policy for the planet". 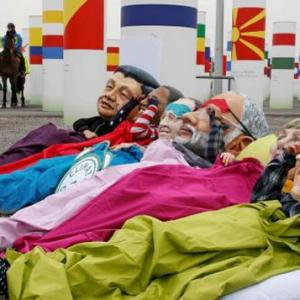