Over 80% of BSE stocks slide after the historic high

This correction has given a good entry for long-term investors. One should buy quality stocks and those with growth potential. 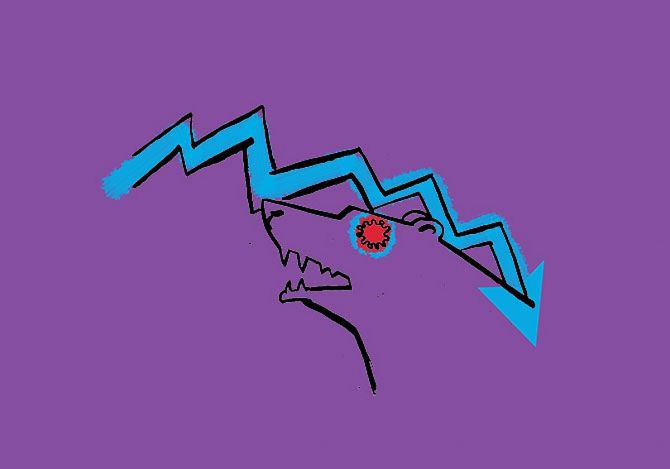 Just over a week after the benchmark BSE Sensex touched the historic 50,000-mark on January 20, as many as 416 or over 80 per cent of stocks in the BSE500 universe have declined an average 5.4 per cent and a tenth have declined over 10 per cent in just five trading sessions.

While the decline in the broad-market indices has been slightly lower, very few stocks have been spared in the latest meltdown.

Experts believe the market got overheated and was ripe for a correction.

Between November 1 and January 20, the Sensex, BSE500 and Smallcap indices had risen 26 per cent each, while the Midcap index had jumped nearly 30 per cent.

“Market has run up too fast too early due to liquidity. Now, the fund flows have come down, which has led to the retreat,” said AK Prabhakar, head of research, IDBI Capital.

“This correction has given a good entry for long-term investors. One should buy quality stocks and those with growth potential.

"Stocks without strong fundamentals need to be avoided.

"There are value pockets, and one need not unnecessarily worry about the market correction.”

The 20 stocks from the BSE 500 universe that have declined the most since January 20, had gained an average 60 per cent in the preceding three months.

Stocks that had posted relatively modest gains since November and those with high growth potential have managed to hold their ground.

“Markets have sharply moved up in the last few months and are trading at a premium valuation, and a lot of positive events were already priced.

"The risk-reward became unfavorable and that’s why we are seeing some profit booking.

"The direction of the broader market in the near term will depend on global cues and the Budget.

"Anyone looking to invest in the broader market should have a two-three-year horizon.

"The outlook over three years for the economy and earnings growth looks good.

"If investors are taking short-term positions then they should have strict stop-loss and, be disciplined,” said Siddhartha Khemka, head of research (retail), Motilal Oswal Financial Services.