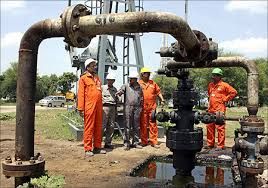 Oil and Natural Gas Corporation may raise its stake in Cairn India's prolific Rajasthan oil fields as a condition for agreeing to allow the Anil Agarwal-group firm operate the block after expiry of contractual period.

Cairn's contractual term for exploring and producing oil from the Rajasthan Block RJ-ON-90/2 expires in 2020 and the area is to return to the block licensee, ONGC.

ONGC, which currently holds 30 per cent stake in the block, has told the Oil Ministry that the Production Sharing Contract can be extended beyond 2020 if all parties to the contract agree on mutually agreeable terms.

"We are internally discussing Cairn's request for extending the PSC by at least 10 years.

“As a licensee, we have our concerns on royalty which would be like to be addressed at the time of extension," a top ONGC official said.

ONGC as a licensee of the block, where crude oil production touched 200,000 barrels per day in March, pays royalty to the government on not just its 30 per cent stake but also on Cairn's 70 per cent interest.

Though the royalty is later cost recovered, the company faces cash flow issues because of the payment.

"There is a thought within the company that we should as a condition for agreeing to extending PSC, insist on royalty being shared by the partners in proportion to their shareholding," he said.

per cent is also being discussed as a condition."

The Rajasthan PSC provides for ONGC becoming the owner of all facilities once their cost is recovered from sale of crude oil.

The cost of Mangala, Bhagyam and Aishwariya oil field facilities in the block as well as the heated pipeline that carries the crude from the field to Gujarat refiners will be recovered much before the current term of PSC ends in 2020.

"Naturally, if we are the owners of the facilities and are saddled with royalty burden, we would look for addressing these before the PSC is extended," the official said.

The Rajasthan Block RJ-ON-90/2 was awarded as an exploration acreage on terms different from 28 small and medium-sized fields like Panna/Mukta and Tapti and Ravva awarded alongside during 1991 and 1993.

The Oil Ministry in a draft policy has proposed extension of the PSC for these fields by 10 years or the balance economic life of the field, whichever is earlier.

Cairn's Rajasthan block is not included in this policy.

In case of the small and medium sized fields, ONGC is not the licensee and thus upon expiry of the contract period, the fields return to the government which will then auction it, pending which production may have to be shut down and field facilities damaged for no maintenance.

The official said ONGC, who is a party to the Rajasthan PSC as well as the licensee, will also need to agree to any extension provisions under the PSC.
© Copyright 2021 PTI. All rights reserved. Republication or redistribution of PTI content, including by framing or similar means, is expressly prohibited without the prior written consent.