The Omicron variant of Covid-19 adds new uncertainties to the global economic outlook but much will depend on its speed of transmission, hospitalisation and death rates, and also the effectiveness of vaccines, Moody's Analytics said on Monday. 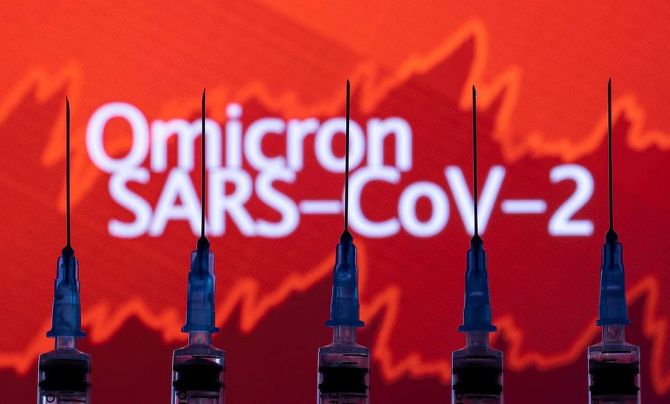 In its commentary titled 'Much to Learn About Omicron友ast', Moody's Analytics said although the variant appears to spread "remarkably quickly", it will be at least two more weeks before more will be known about this new variant.

"The Omicron variant of COVID-19 adds new measures of uncertainty to the outlook for the global economy, although it is too soon to adequately quantify that risk.

Much will depend on its speed of transmission, virulence, associated rates of hospitalization and death, and also the effectiveness of vaccines and antiviral medications against it," Moody's Analytics, Chief APAC Economist, Steve Cochrane said.

The new and potentially more contagious variant Omicron was first reported to the World Health Organization (WHO) from South Africa on November 24.

It has since been identified in about 12 more countries including Botswana, Belgium, Hong Kong, Israel, UK, Germany and Australia.

Moody's Analytics said it will be at least two more weeks before more will be known as scientists around the world build a better understanding of the new variant and as the severity of infections becomes clearer.

Moody's Analytics further said that for the Asia-Pacific region there are specific factors to follow in coming weeks, particularly as at least two cases of Omicron have already been detected in Hong Kong and Australia.

"First, will policymakers in the region respond by accelerating vaccination programs?

"Countries including Myanmar, Laos, Indonesia, India, Hong Kong, Thailand, the Philippines and Vietnam have still vaccinated less than 65 per cent of their populations (12 years of age and older)," it said.

Stating that already, travel and tourism is expected to be one of the slowest components of the APAC economic recovery, Moody's Analytics said what the new variant will mean for travel across the land border between Hong Kong and mainland China remains uncertain.

"The new Omicron variant illustrates the existing risk to the global economy from regions or individual countries that have low vaccination rates.

"This includes all of sub-Saharan Africa, where rates remain below 50 per cent, and 60 countries globally with rates below 20 per cent," it said.