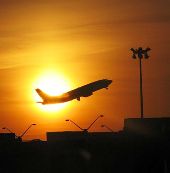 per kl earlier this month.

Jet fuel constitutes over 40 per cent of an airline's operating costs and today's increase in prices will wipe away some of the gain the cash-strapped airlines had made from reductions.

No immediate comments were available from the airlines on the impact of the price hike on passenger fares.