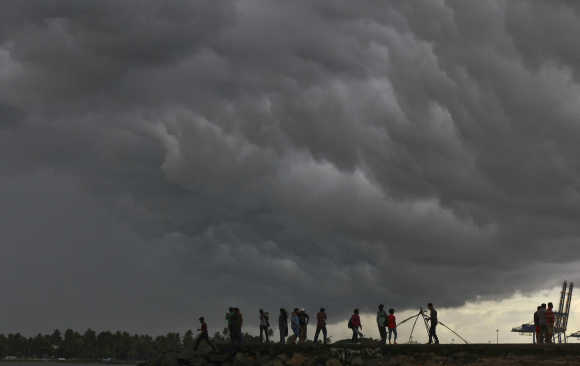 BharatNet, the government’s ambitious broadband project for the countryside, will be used by the India Meteorological Department to make long-term weather predictions.

The project, earlier known as the National Optic Fibre Network and expected to be completed by March 2017, will connect 250,000 panchayats with bandwidth of 100 Mbps (megabit per second).

“In the first phase we will install observatories in all districts.

"Then will go to the panchayat level. There are now very few observatories in 630 districts. We will mainly record temperature and moisture data that will be used to make weather predictions,” an IMD official said.

IMD is preparing a concept paper on narrowing its grid resolution from 22 sq km to 10 sq km.

With data from the ground, predictions would improve, the official added.

“We are talking to the IMD for using BharatNet to disseminate weather information.

"This will help state governments prepare for droughts,” an official from the ministry of information technology and communications said.

"The project is important for the Digital India programme and has seen a 75 per cent cost overrun from the initial estimate of Rs 20,000 crore (Rs 200 billion).

Approved by the Cabinet in October 2011, the project was to be completed in two years but the deadline was revised several times because of lack of coordination among implementing agencies and other issues like right of way.

The department of telecommunications had had in January formed an eight-member committee to suggest changes in design and architecture of BharatNet as well as recommend a business model for effective use of its bandwidth.

“We have connected Kerala, Chandigarh and Puducherry fully under BharatNet.

"We will try our best to meet the target date for connecting 250,000 gram panchayats by March 2017," Ravi Shankar Prasad, Union minister for information technology and communications, had said in an interview to Business Standard earlier this month.

"About 81,000 panchayats of the 100,000 targeted for the end of this financial year have been connected.

"A tender has been finalised for another 81,774 panchayats,” Prasad added.

Bharat Broadband Network Ltd, a special purpose vehicle set up by the government in 2012, is responsible for management and operations of BharatNet under administrative control of the information technology and communications ministry.

Bharat Broadband Network is having the project executed through three public sector undertakings, Bharat Sanchar Nigam Ltd, RailTel and Power Grid Corporation, in a ratio of 70:15:15. Can you trust the IMD's weather forecast? 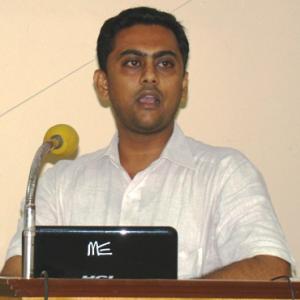