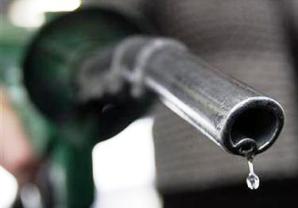 Bio-fuel is often obtained from starchy plants -- but this places fuel production in competition with food production.

At the Vienna University of Technology, genetically modified mold fungi are created, which have the ability to break down long cellulose and xylan chains into smaller sugar molecules.

This could make the production of bio-fuel a lot cheaper.

Lignocellulosic waste such as sawdust or straw can be used to produce bio-fuel -- but only if the long cellulose and xylan chains can be successfully broken down into smaller sugar molecules.

To do this, fungi are used which, by means of a specific chemical signal, can be made to produce the necessary enzymes. Because this procedure is, however, very expensive, researchers have been investigating the molecular switch that regulates enzyme production in the fungus.

Manufacturing bio-fuel from lignocellulose is, therefore, a preferable option.

"Lignocellulose from wood waste or straw is the world's most common renewable raw material but, due to its complex structure,

it is significantly more difficult to exploit than starch," said Prof Robert Mach from the Institute of Chemical Engineering at Vienna University of Technology.

Biofuel manufacturing uses the Trichoderma fungus, which produces enzymes that are capable of breaking down the cellulose and xylan chains into sugar molecules.

The fungus does not, however, always produce these enzymes; production must be stimulated using what is known as an 'inductor' (disaccharide sophorose).

"The high costs of the chemical inductor are a decisive price driver in bio-fuel manufacturing", says Mach.

Many different strains of fungus have been analysed, with varying productivity.

"In one of the strains, a random mutation occurred, which stopped the chemical switch in the fungus from functioning", said Mach.

Even without an inductor, this mutated fungus always produces the desired enzymes and, unlike other strains of fungus, does not stop doing so once a high glucose concentration has been reached.

"In these fungi, the molecular switch is always set to enzyme production", says Christian Derntl, lead author of the recent publication Biotechnology for Biofuels.

Through genetic analysis, it has been possible to identify which gene is required for this behaviour and which protein the gene mutation affects.

As a result, it has been possible to induce the same mutation in a targeted fashion in other strains of fungus.
Source: PTI© Copyright 2020 PTI. All rights reserved. Republication or redistribution of PTI content, including by framing or similar means, is expressly prohibited without the prior written consent.
Related News: Vienna University of Technology, Institute of Chemical Engineering, Prof Robert Mach, Biotechnology for Biofuels, Christian Derntl
SHARE THIS STORY
Print this article