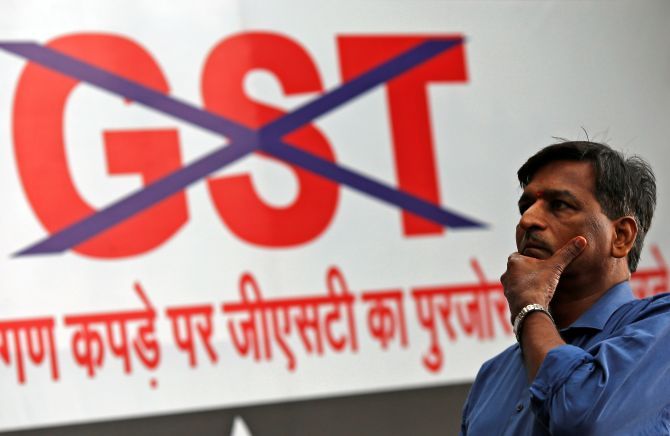 The Opposition stood as a divided house as the Janata Dal-United, the Nationalist Congress Party, the Biju Janata Dal, the Samajwadi Party and Janata Dal-Secular participated in the midnight launch of the Goods and Services Tax, which was boycotted by the Congress, the Trinamool Congress, the Left and some other parties.

Ruptures in the opposition unity emerged barely a week after 17 parties joined hands to put up a joint candidate against the ruling National Democratic Alliance nominee for the July 17 presidential election.

The Congress, the Trinamool Congress, the Left, the Bahujan Samaj Party, the Dravida Munnetra Kazagham, the Rashtriya Janata Dal and some other parties boycotted the event, dubbing it as a “tamasha” (drama).

The NCP, a key constituent of the Congress-led United Progressive Alliance, broke away from the Opposition ranks, with its chief Sharad Pawar along with Praful Patel and Tariq Anwar attending the event in the Central Hall of Parliament.

Anwar said his party was attending the GST launch as it had supported the legislation on ushering in the new indirect tax regime in the country.

“We agree with the Congress to an extent, but we supported the legislation when it was introduced (in Parliament and state assemblies). The party has hence decided to attend the midnight meeting,” he said.

According to Congress sources, Gowda was requested by a senior party leader not to attend the programme but he did not heed to it.

On Thursday, JD-S general secretary Danish Ali had said that Gowda had been invited in the capacity of former prime minister to share the dais with the President and the party had decided that he would attend the event.

The JD-S criticised the Congress for not consulting it before taking the decision to boycott the function.

The SP, which had initially announced the boycott, did a somersault by attending the event, saying it found no problem when the party had supported the GST bill in Parliament.

“When we supported the bill in Parliament, then why would we not attend this function to launch GST? Both the BJP and the Congress had also supported the passage of the bill,” said Ram Gopal Yadav, who was accompanied by Naresh Agrawal.

Leaders of the JD-U, the BJD and the All India Anna Dravida Munnetra Kazagham also attended the function.

The Congress, however, downplayed the cracks within the opposition ranks, terming it as a “one-off” development.

A senior Congress leader claimed that the opposition unity will remain intact during the 2019 Lok Sabha election.

The function was attended by the union ministers, MPs as well as chief ministers and finance ministers of several states.

Image: A man walks past a banner during a protest against the implementation of GST. Photograph: Adnan Abidi/Reuters