NOT AGAIN! Chit funds resurface in Bengal in a new avatar 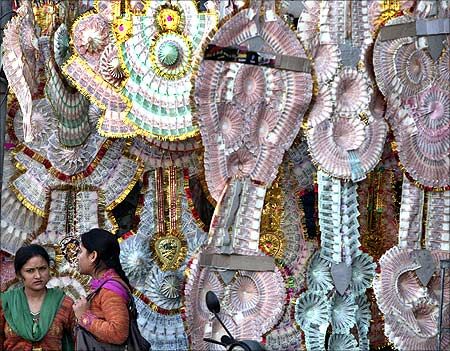 After lying low for the past several years after the Saradha scandal unfolded, chit funds are back in business in rural West Bengal, this time under the garb of ‘agricultural schemes’.

The consumer affairs department has started a campaign against these chit funds which are operating on a small scale in various parts of Bengal.

"For more than a year we have been receiving several complaints, especially from rural Bengal about investors not getting returns or the capital siphoned off in various agricultural schemes," Consumer Affairs Minister Sadhan Pande told PTI.

These ponzi schemes are not big like Saradha or other major chit funds companies which are presently under the scanner of the Central Bureau of Investigation and the Enforcement Directorate, according to the minister.

After the Saradha bubble burst in April, 2013, several Ponzi schemes and chit fund companies had to wind up their operations as central and state agencies cracked the whip amid protests by lakhs of defrauded investors.

According to the consumer affairs department, these chit funds are operating at such a small level that at times it becomes tough even for the local administration to locate them.

"These operators are taking the advantage of lack of proper banking facilities, poverty and illiteracy of the investors.

The official said that in many cases these potato and other agricultural schemes offered investors guaranteed return of 20-100 per cent on their investment within a fixed period of time.

A chit fund company, which is being investigated by the CBI, had started a scheme called ‘potato flexi scheme’ promising huge returns on investment in potato business.

On steps the consumer affairs department is taking to deal with such cases, a senior official of the department sounded helpless, saying, "If you buy a fridge and you are facing a problem then we can solve the matter.

“But in these cases of local chit funds we have nothing much to do."

"Whenever we receive such complains, we direct the complainant to lodge an FIR and then direct these cases to the state finance ministry.

“Earlier when the Shyamal Sen Commission was there we used to send these complaints to the commission but now we send it to the state finance ministry," the official explained.

Pande said that his department was conducting a campaign to make the poor and gullible rural people aware of the pitfalls of investment into these schemes.

"We are telling them that apart from bank, post office or government entities, they should not invest in any scheme or financial company which are not approved by the Securities and Exchange Board of India, Reserve Bank of India or other central financial agencies," Pande said.

Pradipta Tapadar in Kolkata
Source: PTI© Copyright 2020 PTI. All rights reserved. Republication or redistribution of PTI content, including by framing or similar means, is expressly prohibited without the prior written consent.
Related News: Saradha, Central Bureau of Investigation, Sadhan Pande, Securities and Exchange Board of India, Enforcement Directorate
SHARE THIS STORY
Print this article 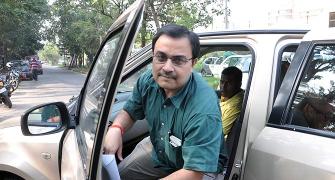 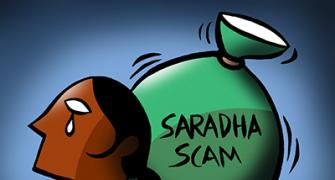 'Our ship is sinking, Mamatadidi, save us please!' 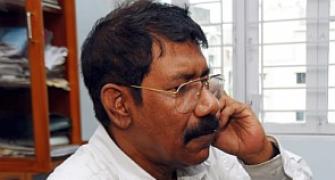 The man who warned Mamata about Saradha