'Not a single penny from taxpayers', FM on stimulus fund

Finance Minister Nirmala Sitharaman on Friday said the entire fiscal stimulus announced by the government would be funded by borrowings and revenues, and taxpayers will not be charged even a single penny. "I am not expecting the stimulus to be funded by taxpayers. Not a rupee from the taxpayer. The entire amount .... is shown as revenue and borrowings.

"The government is borrowing to spend, but it is not taking from people," she said while interacting with journalists at the IWPC (Indian Women's Press Corps).

The Aatmanirbhar Bharat package announced by the government in 2020 to perk up the economy was estimated to be about Rs 27.1 lakh crore, which amounts to more than 13 per cent of GDP. This also includes liquidity measures announced by the RBI.

To a query on whether the government is considering to regulate cryptocurrencies, Sitharaman said, "We have been in discussion with the RBI. When things develop closer to anything else, we will announce. But, we are working on it."

Reserve Bank of India Governor Shaktikanta Das had last week said the apex bank has certain "major concerns" over the impact cryptocurrencies may have on the financial stability in the economy and has conveyed the same to the government.

Earlier this week, a Supreme Court bench headed by Chief Justice of India (CJI) SA Bobde had asked a rape accused whether he was ready to marry the complainant.

Several women's rights activists, eminent citizens, intellectuals, writers and artists had also written an open letter to the CJI demanding an apology and retraction of his remarks. 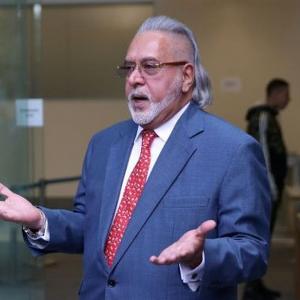