No word from govt on pension, insurance Bills: BJP 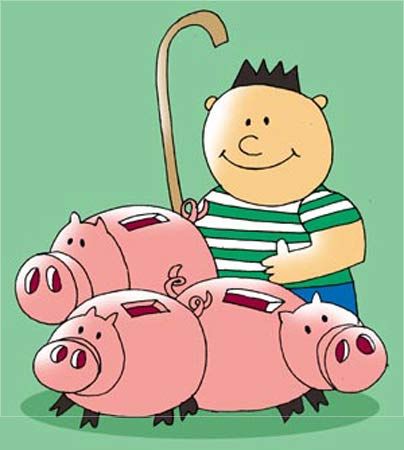 In the entire month’s recess during Parliament’s Budget session, said the Bharatiya Janata Party, the major opposition grouping, none from the government spoke to it on any of the major stuck legislation.

This includes the insurance Bill and the one on a Pension Fund Regulatory and Development Authority (PFRDA).

This contradicts what Finance Minister P Chidambaram was telling investors and policymakers in the US and Canada last week. For instance, he’d said in Washington: “Parliament opens on April 22. It (increase in foreign direct investment caps in insurance) is right there on top of the agenda. We are stuck on one clause, the FDI cap, whether it should be 26 or raised to 49 per cent. If the principal opposition party comes around, the Bill will be passed.”

Adding: “I sincerely hope that the efforts of the insurance industry in speaking to the Opposition will be helpful and I can pass the Bill.”

The insurance Bill is likely to be tabled in the Rajya Sabha by the finance minister tomorrow.

Today, BJP functionaries said they were clueless about the government’s intentions to break the impasse, as no senior minister had spoken to Opposition leaders during the month’s break.

“There has been no effort from the government to discuss either Bills. The BJP had raised its concerns when Chidambaram had met BJP leaders earlier this year. Since then, the government has not discussed the issues with the Opposition,” said Yashwant Sinha, former finance minister and BJP leader.

“Help a corrupt and disgusting government?” Sinha quipped, when asked if the BJP would put its differences aside and help the government pass crucial Bills, including the Food Security Bill and the land acquisition Bill.

BJP seniors says there’s been no discussion after February, when Chidambaram spoke to Sushma Swaraj and Arun Jaitley, the party’s heads in the two chambers of Parliament, and to Sinha, who heads the standing committee on finance.

“Those talks didn’t yield any result because of the reservations on the limit of FDI to be allowed in these sectors. The standing committee has given its report on both the Bills and the government must accept those,” said Sinha.

The Union government had earlier decided it wanted to raise the FDI limit to 49 per cent in the insurance sector, with a corresponding raise in the pension sector. The BJP is agreeable to only 26 per cent. They note the all-party standing committee on finance gave a unanimous report on both Bills. “The Congress party members had also agreed on 26 per cent. The government must listen to its own party members,” said Sinha.
Gyan Verma in New Delhi
Source: 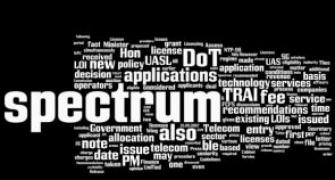 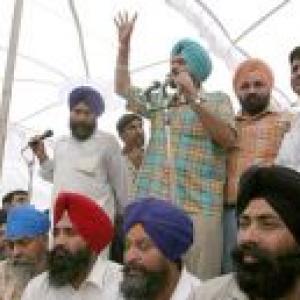 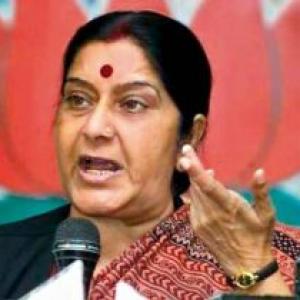 Sushma in B'luru: Why would anyone vote for Congress?