No response on sanction to try govt servants in coal scam: CBI 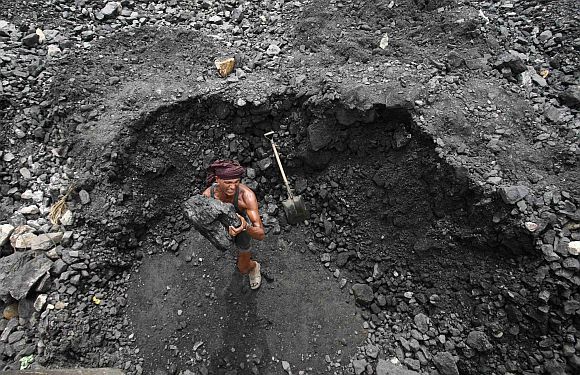 Central Bureau of Investigation on Tuesday told a special court it had not yet received any communication from Department of Personnel and Training on the issue of sanction to prosecute two senior public servants for their alleged roles in a coal block allocation scam case.

The agency said relevant files of the case were sent to competent authority on January 27 but they were still awaiting a response.

"It has been submitted (by CBI) that records were sent to the competent authority for considering according of sanction to prosecute the public servants on January 27. Accordingly, the matter be put up for July 2," Special CBI Judge Bharat Parashar said.

The two public servants against whom the court had asked CBI to place case records before sanctioning authority for according of sanction to try them for the alleged offence under Prevention of Corruption Act, are K S Kropha, then Joint Secretary of Ministry of Coal, and K C Samaria, then Director (Coal Allocation-I section) in the ministry.

CBI had earlier filed its final report of further probe in the case relating to alleged irregularities in allocation of coal block in Rampia in Odisha to Navbharat Power Pvt Ltd.

The court, in its November 12 last year's order, had said the acts of former Coal Secretary H C Gupta and senior officials of the Ministry of Coal then in overlooking alleged misrepresentation by NPPL for acquiring coal block, prima facie amounted to criminal misconduct.

In its order, the court had observed that while Gupta has retired, Kropha and Samaria were still in service and prior sanction was required to prosecute them.

CBI had earlier informed the court that NPPL director K V B Reddy has intimated that name of the company has since beenchanged to M/s Brahmani Thermal Power Pvt Ltd.

The court had earlier directed the agency to further probe the matter in which it had filed a charge sheet against NPPL, its Chairman P Trivikrama Prasad and managing director and Vice-Chairman Y Harish Chandra Prasad.

The court had differed from CBI's conclusion that no malafide intention was found on part of the public servants, saying it was prima facie clear that decision of allocating coal block to NPPL was taken by the MoC officers and screening committee, without keeping public interest in mind.

The court has kept pending the CBI's final reports in which it had earlier named NPPL and its two executives in a charge sheet.

A supplementary report was later on filed saying no offence was found to have been committed by the public servants.

The charge sheet was filed against NPPL and its officials for offences under sections 120-B (criminal conspiracy) read with 420 (cheating) of IPC for allegedly misrepresenting facts, including inflated net worth, to acquire coal block.

CBI had alleged that net worth of the firm applying for coal blocks was an important factor to determine its financial strength and NPPL had fraudulently claimed in its application that it was supported by Globeleq Singapore Pvt Ltd, Navbharat Ventures Ltd and Mahalaxmi Group Ltd.