Though the NITI Aayog did not give its estimates for the required GDP growth at constant prices, economists pegged it at 9 per cent, a feat not seen since the GDP series was revised with 2011-12 as the base year. 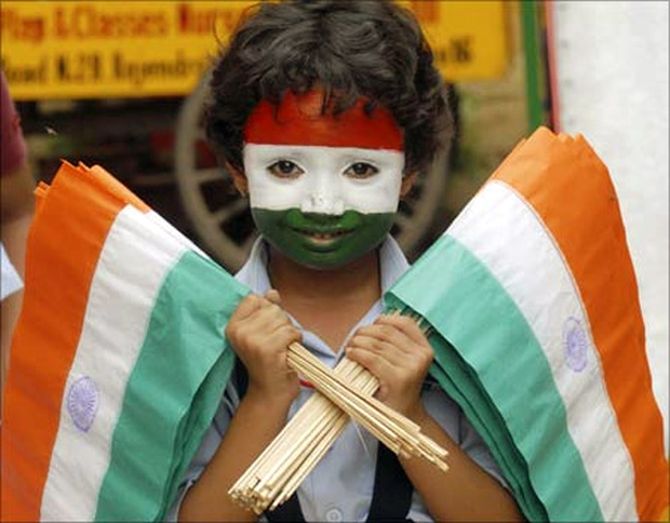 Gross domestic product (GDP) in India at current prices needs to grow by 12.4 per cent annually over the next five years for the country to be a $5-trillion economy by 2024-25, an internal assessment by the NITI Aayog has showed.

This is 0.4 percentage points higher than what was estimated by the Economic Survey for 2018-19, owing to a slowing economy and an expected increase in the depreciation of the rupee against the dollar.

The assessment, which was shared with select parliamentarians recently, pegged nominal GDP (at current prices) in the current financial year at around 10 per cent.

Nominal GDP in the first quarter of 2019-20 had slid to 8 per cent, the lowest in 17 years, due to an overall slowdown in economic activity.

Real GDP (GDP at constant prices) grew by 5 per cent during April-June 2019-20, more than a six-year low, and the deflator (which could be taken as the inflation rate) stood at 3 per cent.

Nominal GDP, or the size of the economy, stood at Rs 4.89 trillion during the quarter.

The numbers for the second quarter are scheduled to be released by the end of the month.

Economists say the tough task is to speed up GDP growth at constant prices.

Though the NITI Aayog did not give its estimates for the required GDP growth at constant prices, economists pegged it at 9 per cent, a feat not seen since the GDP series was revised with 2011-12 as the base year.

The NITI Aayog took the exchange rate at Rs 70 a dollar for the current fiscal year, which would depreciate further to Rs 75 a dollar by 2024-25.

Former chief statistician Pronab Sen said if the dollar-rupee exchange rate was 75 and if the global inflation rate remained at 2 per cent, India’s inflation rate could not exceed 3.5 per cent.

“In this fiscal year, India is expected to grow by around 6 per cent.

"So, the question that needs to be asked is whether, with the current set of policies including the ones announced in the past few months, India has the wherewithal to jump from 6 to 9 per cent.

"My short answer is ‘no’, because with the current set of policies and assuming the global economy remains as it is, at best we can reach 7 per cent real GDP growth in the next five years,” he said.

The NITI Aayog’s assessment showed economic growth faced headwinds due to a clean-up of banks’ books in the past few years with a five-year deceleration in bank credit growth.

“India’s GDP growth continues at the top of the G20; however, a deceleration in investment is visible, primarily in the household sector, due almost entirely to real estate,” the NITI Aayog said.

Further, the NITI Aayog said in India, the government debt-to-GDP gap had narrowed vis-a-vis many Asian countries but needed to be reduced further.

On the credit squeeze micro, small, and medium enterprises are facing, the NITI Aayog said the reduced ability of banks to maintain robust growth due to high non-performing assets in heavy industry and infrastructure had led to this.

On steps needed to revive growth, the body suggested measures such as a continued focus on ease of doing business rankings, rationalising power tariffs for industry, and lowering transmission and distribution losses in line with Bangladesh and Vietnam.

Bringing down the logistics cost as percentage of GDP from the current 14 per cent to global levels was suggested.

The NITI Aayog pointed out low investment in Railways in the past, along with low passenger fares and high freight tariffs, needed a relook.

For roads, the NITI Aayog noted though considerable progress had been made since 2014 in stepping up the pace of construction, the acquisition cost, which constitutes 40 per cent of the total, needed to be brought down.

On exports, the NITI Aayog said India needed to focus on high-technology and high-value manufacturing goods.

“Like in mobile phones, India’s current exports are focused on low-value phones to the Middle East and Africa, but the priority should be to shift towards high-value phone exports to Europe and the Americas,” the NITI Aayog said.

On textile exports, it was critical of the government’s approach, saying that garment exports from India were dwindling because the ecosystem was not aligned to capture global markets.

On agriculture, it recommended urgent structural reforms. The think tank said land market distortion was a major factor in pulling down GDP growth and states should quickly adopt the Act for Conclusive Land Tilling.