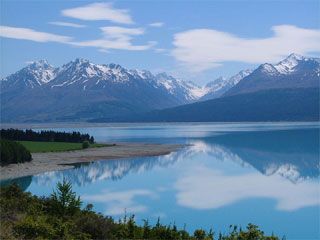 Foreign governments want Indians to backpack and travel even more. So, they have eased their visa issuing norms.

After the UK, Ireland and the UK, it is now New Zealand that has made visa rules easier. Last week, the country announced it would offer visas to business travellers attending conferences and events in three days instead of the prevailing processing time of 10-12 days.

The US has already eased the procedure for issuing visa to attract a million Indian tourists by 2015. Visa interviews can take just about five minutes though there is no prescribed time limit laid down by the US government.

Britain and Ireland have launched a single visa scheme for Indian tourists.

“Most foreign governments know the potential of Indian travellers; so, they are relaxing the visa norms. Countries, including Indonesia, Philippines, Mauritius, Hong Kong, Thailand, Kenya, Maldives, etc offer visa on arrival. Some countries offer an e-visa on fast track. The Australian government is training more agents under the preferred agency scheme, under which visas are being issued in two days without the need to deposit passport,” said Guldeep Singh Sahni, president of Outbound Tour Operators Association of India.

Indians are not only travelling in large numbers but also are spending hugely on foreign trips, and they are making the most of these opportunities to travel on long and extended weekends or making short-haul trips.

Tour operator Thomas Cook says it has launched 48-hour holidays. “New visa norms have in a way become helpful to us. So, we are telling travellers to give us a 48-hour notice and they can land at any short-haul destinations. Easier visa from these destinations means customers no longer need to restrict themselves to only Goa or Lonavala,” said Abraham Alapatt, chief innovation officer, head-marketing & customer service at Thomas Cook India.

Cox & Kings has launched products enabling customers to take care of easier visa norms. “We have identified destinations such as Sri Lanka, Thailand, Seychelles, Maldives and Mauritius which have visa on arrival facility for Indians and have devised packages allowing customers to travel within 24 hours of booking,” said Karan Anand, head-relationships of Cox & Kings.

The US offers a 10-year, multiple entry visa known as B1/B2 visa that can be used for both business and personal trips of short duration. Apart from increasing consular posts and expansion of facilities in Mumbai and Hyderabad, the US consulate general in Mumbai said the office was engaging with trade partners.

“From last October till now, the US consulate in Mumbai held about 150 briefings and reached out to about 17,000 travel agents, prospective travellers and students. Within the consulate we continue to routinely process more than 1,000 visa applications every work day,” the US consulate general spokesperson said.

“The US Mission in India has witnessed back-to-back, year-on-year increase in visa issuances of about 20 per cent during the last two fiscal years,” he added.

“While we do not have a prescribed time, it is not unusual for visa interviews to be under five minutes in duration. Our well-trained consular officers’ questions are carefully honed to get the information they need in the shortest amount of time,” the spokesperson said.

“With the Indian outbound market poised to cross 16 million by the end of this calendar year, destinations are simplifying visa procedures for Indian nationals,” said Anand of Cox & Kings.

Last year New Zealand attracted 35,000 Indian travellers, but barely eight per cent visitors were business visitors and two per cent came for conferences and events. To boost the volume, the government signed a memorandum of understanding with six tour operators and promised visa in three days to Indians attending conferences and events. “Business events are key focus areas for us,” said David Craig, general manager of Tourism New Zealand.

The number of Indians travelling abroad rose by 21 per cent in the first half of this year compared to the corresponding period last year, with Dubai emerging as the most preferred destination, according to a survey. While Dubai has emerged as the number one destination, the US is the favourite country among Indian travellers, according to the report titled 'Outbound Travel Trends' released in Mumbai by global travel website Trip Advisor.

The findings were based on website traffic during the period between January 1 and June 30, 2014. Trip Advisor, however, did not give the actual number of those who travelled abroad.