A ban on fracking by the New York state is a small setback for India’s largest private firm, Reliance Industries, which has invested $7 billion in US shale gas. 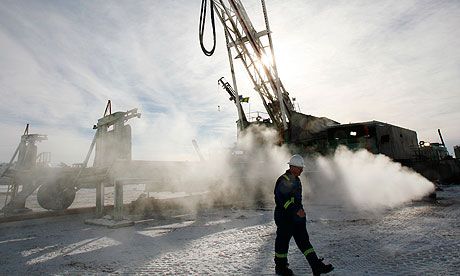 On Thursday, the New York state banned fracking for health reasons. It said fracking, with horizontal drilling and chemical-laced water, could increase the risk of cancer, skin rashes, and upper respiratory tract problems.

If the rest of the states in the US follow, it could put billions of dollars of investment at risk.

Analysts say the falling crude oil price is making shale gas unviable. Oil from shale gas assets costs between $50 and $100 a barrel as compared with $10 to 25 a barrel produced by West Asia from conventional methods of exploration.

Analysts say Reliance Industries will be affected through its 40 per cent venture in Chevron’s Marcellus shale acreage that runs through parts of the state. Its other shale assets are in Texas and Pennsylvania.

“It will have marginal impact at best as Reliance Industries is yet to roll out its proposed $2-billion capital expenditure in the Marcellus region along with Chevron. Moreover, a moratorium since 2008 in the New York state would have meant that the capital expenditure committed so far would also have been done outside the state. The other two ventures with Pioneer and Carrizo are profitable and face no uncertainty,” says P Phani Sekhar, fund manager with Angel Broking.

Reliance Industries has already put its 45 per cent stake in its joint venture at Eagle Ford with Pioneer Natural Resources on the block at a valuation of $4.5 billion. The sale is targeted for conclusion early next year.

When contacted, a Reliance Industries spokesperson said: "The New York fracking ban (now formalised by the governor) was already in place for the last five years. This has no impact on Reliance Industries' activities. It should be seen in the same context as California and several east coast states having banned drilling for decades but it does not affect the rest of the industry. New York has the luxury of not needing shale gas drilling as nearby states such as Pennsylvania and West Virginia produce large excess volumes of gas."

Another worry for analysts is that the returns on capital employed by Reliance Industries’ shale gas investments were three-four per cent in 2013-14.

This is estimated to hit double digits by 2021, but falling crude oil prices may change Reliance Industries’ calculations.

On Friday, the Reliance Industries’ stock was up 2.7 per cent to Rs 900 a share.

“Earning from US shale, where Reliance has spent $7.4 billion so far, may rise as output increases, but with the steady returns on capital employed at 11-12 per cent, it may not be a key value driver,” Barclays said in a report dated October 8.

For the first quarter of 2014-15, Reliance Industries’ revenue and Ebitda from the shale gas business were $270 million and $201 million, respectively. But revenue and Ebitda grew slower than volumes on a sequential basis owing to a weakness in gas prices. Analysts have also lowered production estimates based on the Marcellus project though estimates for Pioneer are higher.

Reliance Industries' total investment in the US till July 2014 has been $7.36 billion. The company invested $2.04 billion in buying stakes in three companies and gaining access to 12 trillion cubic feet of reserves.

On Thursday, the New York state banned fracking for health reasons. It said fracking, with horizontal drilling and chemical-laced water, could increase the risk of cancer, skin rashes, and upper respiratory tract problems

Analysts say Reliance Industries will be affected through its 40 per cent venture in Chevron’s Marcellus shale area that runs through parts of the state. Its other shale assets are in Texas and Pennsylvania