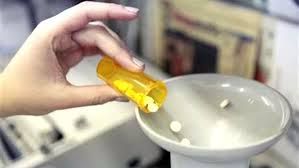 The recent policy implemented by the National Pharmaceutical Pricing Authority will hit the revenue of domestic companies in the sector marginally this financial year.

However, pharmaceutical companies are gradually raising the prices of products that fall outside the pricing norms.

Through these moves, the companies may maintain the growth momentum in FY14.

According to industry data, the domestic market’s growth stood at 5.2 per cent as of October.

Ranjit Kapadia of Centrum Broking said, “Most pharma companies have raised prices in the range of three-10 per cent for products outside the price control, to nullify the effect of NPPA.

"As the percentage of price-controlled products is much lower than products outside it, we expect overall revenues to improve.”

However, top companies are optimistic about bouncing back from the revenue losses and are expecting better revenue growth in the next couple of quarters.

Of the top 10 companies, which generated 31 per cent of the Rs 72,000-crore (Rs 720-billion) Indian pharma market, the growth for five -- Sun Pharma, Cipla, Lupin, Dr Reddy’s and Merck Ltd -- was more than the market growth.

A Lupin spokesperson said, “While the implementation of the NPPA and the ensuing trade issues had resulted in a slowdown, we expect the industry to bounce back to double-digit growth through the next few quarters.

"Lupin’s India formulation business grew nine per cent during the second quarter of 2013-14.

"We don’t see any reason why we wouldn’t be back to 15-20 per cent levels by the next couple of quarters.”

At Rs 950 crore (Rs 9.5 billion), Sun Pharmaceuticals, the largest Indian pharmaceuticals company by value, reported 17 per cent growth in domestic revenue in the second quarter, against Rs 810 crore in the year-ago period.

Sun Pharma has a share of 5.2 per cent in Indian pharmaceuticals market.

Rajesh Desai, executive director (finance), Glenmark Pharmaceuticals Ltd, said, “The Indian industry is currently going through a slowdown and one of the main reasons for this has been the transition to the new pricing policy.

"However, for us, the impact of the new pricing policy is insignificant.

"Nevertheless, we expect the industry will normalise from the impact of the new pricing policy in the next few months.” Glenmark’s India formulations business recorded 21 per cent growth in the second quarter.

This was attributed to higher growth in the anti-asthma, urology and the chronic obstructive pulmonary disease segments.

Under the new drug policy that came into effect last year, the prices of 348 drugs included in the national list of essential medicines are fixed.

According to the new policy, the prices of medicines are being capped by taking the simple average of all brands that have market shares of more than one per cent.
Reghu Balakrishnan in Mumbai
Source: