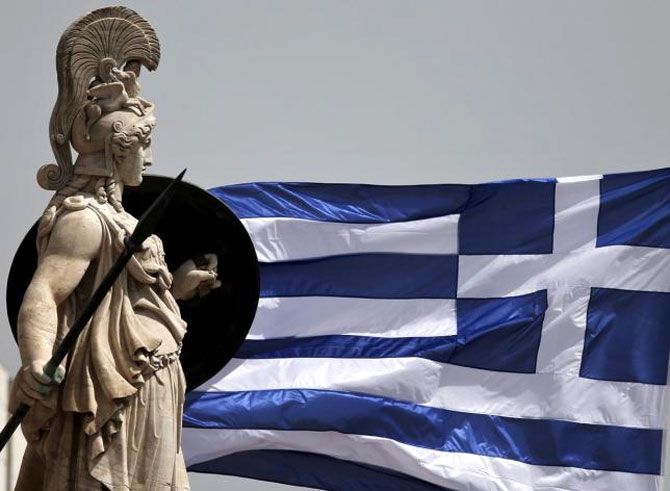 Talks between Greece and its international creditors on a third bailout began in Athens on Monday but the lenders want to see more reforms turned into law before they disburse the first loans to keep the near-bankrupt country afloat.

The government of Prime Minister Alexis Tsipras has pushed two packages of measures through parliament this month as conditions for starting negotiations on a three-year loan programme worth up to euro 86 billion ($95 billion) to keep Greece in the euro zone.

A spokeswoman for the European Commission said teams from the creditor institutions were now in Athens. "Work has started, meaning that the institutions are talking to the Greek authorities," she said.

The talks had been due to start last Friday, but were delayed because of organisational and security issues.

"Negotiations on a Memorandum of Understanding should now progress as swiftly as possible," Commission spokeswoman Mina Andreeva told a news briefing. Both sides say they want a deal concluded before August 20.

Greece came close to the brink during a long stand off between the government and its creditors, with Athens missing a debt repayment to the International Monetary Fund and forced to close the country's banks for three weeks.

Voters angered by years of austerity demanded by the creditors rejected an earlier bailout offer in a referendum, but Tsipras later agreed in Brussels to the lenders' terms as the crisis deepened.

EU officials said the heads of mission of the Commission and the ECB were already on the ground and the new IMF mission chief was due in Athens by Friday to hold talks on a political level.

Andreeva said Greece had delivered "in a timely and overall satisfactory manner" on promises made at a euro zone summit on July 13 of prior legislation to enable the negotiations.

"More reforms are expected from the Greek authorities to allow for a swift disbursement under the ESM. This is also what is being discussed right now," she said.

The banks have re-opened after the ECB increased emergency funding but capital controls remain in place. Doubts also persist about whether a severely weakened Greek economy can support another programme after a six year-long slump that has cut national output by a quarter and sent unemployment over 25 per cent.

Among politically sensitive measures held back from the initial package were curbs on early retirement and changes in the taxation of farmers to close loopholes that are highly costly for the Greek state. A source close to the talks said these reforms were expected to be enacted by mid-August.

However, touching pensions is sensitive with Tsipras's left-wing Syriza party, which has already suffered a substantial revolt over the Brussels agreement, and the main opposition New Democracy party opposes ending tax breaks for farmers. 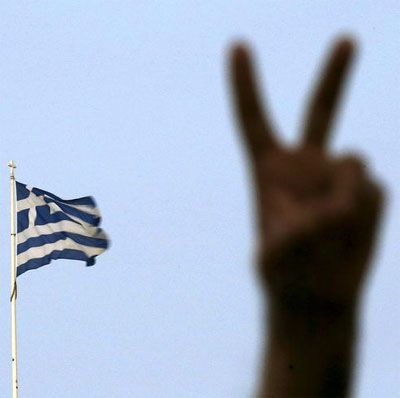 EU officials played down the logistical and security issues that have dogged talks between the creditors and Greece since Tsipras's radical government took office in January, promising to free Greeks from humiliation and imposed austerity.

An EU official said access for the negotiators to ministries and all relevant government bodies had been agreed. An ECB official said part of the talks would take place at the Athens Hilton Hotel.

The talks will mostly cover a reform programme that Greece must implement to receive phased disbursements of loans, money it needs to meet its debt service obligations and help recapitalise the banks. However, an ECB policymaker said they would also cover debt relief for Athens.

ECB Executive Board member Benoit Coeure said in a newspaper interview published on Monday that the euro zone no longer questions whether to restructure Greece's debt but rather how best to go about it.

All euro zone countries wanted Greece to remain in the shared currency bloc and were prepared to offer "unprecedented financial solidarity" as long as Greece carried out reforms, Coeure told the French daily Le Monde.

"In truth, the question is not whether to restructure Greece's debt but rather how to do it so that it would be really useful for the country's economy," he said.

"That's why it's important to make this restructuring, whatever form it takes, conditional on the application of measures that reinforce the economy and ensure the sustainability of Greek public finances," he added.

Coeure defended the ECB in the face of criticism about its handling of Greece, notably the rationing of liquidity to Greek banks, saying it had always stuck to its mandate during the crisis.

Five months of acrimonious negotiations had caused huge economic and financial costs for Greece, and exposed how deeply flawed the euro zone's decision-making was, he said, urging more integration in order to take tough decisions effectively.

Germany's finance minister proposed at the height of the crisis that Greece take a five-year "time out" from the currency bloc if it could not meet the conditions.

"The genie of euro zone exit has escaped in the Greek crisis and won't easily get back in the bottle," Coeure said.

© Copyright 2021 Reuters Limited. All rights reserved. Republication or redistribution of Reuters content, including by framing or similar means, is expressly prohibited without the prior written consent of Reuters. Reuters shall not be liable for any errors or delays in the content, or for any actions taken in reliance thereon.
Related News: European Central Bank, Greece, Alexis Tsipras, International Monetary Fund, Athens Hilton Hotel
Print this article