New gas rates to be applicable from Apr 1: RIL to buyers 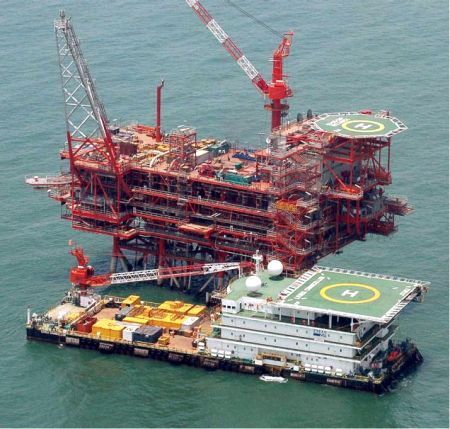 Forced to sell gas at rates that have long expired, Reliance Industries has categorically told buyers of its KG-D6 gas that new rates as and when approved, will apply from April 1.

In a terse one-page letter to urea manufacturing plants, RIL said it was supplying about 12.5 million standard cubic meters per day of gas since April 1 at provisional price of  $4.205 per million British thermal unit, and will charge them the difference between this and the new rate as and when it is approved by the government.

The Cabinet had last year approved a new formula for pricing of all domestically produced gas from April 1.

The formula was notified on January 1 and published in Gazette of India on January 17 but before a new rate based on 12-month average price prevailing in international hubs and actual cost of importing LNG into the country, could be announced general elections were declared.

The Election Commission asked the government to defer announcement of the new price till completion of the polls and so RIL was asked to continue selling the gas at old rates.

Price according to the new formula is likely to be $ 8.3.

"We would additionally like to inform you that we have initiated arbitration process against the Government of India in relation to Government's continued delay in notifying the gas price applicable under the Domestic Natural Gas PricingGuidelines, 2014," RIL wrote on Tuesday.

RIL told the fertiliser firms that their acceptance or receiving of KG-D6 gas meant that they acknowledge and accept that the gas price formula leading to a gas price of $ 4.205 per mmBtu has expired on March 31, 2014 and new rates will apply from April 1.

"The gas price payable for the supplies received by you from April 1, 2014 onwards shall be the price as may be made applicable from such date by virtue of a notification by the government or the outcome of the arbitration," it wrote.

RIL and its partners BP Plc of UK and Canada's Niko Resources had on Friday slapped an arbitration notice on the government over delay in implementation of the new rates.

"You (fertiliser firms) have the option of not accepting the gas, but please note that by continuing to accept the gas being supplied to you, you will be deemed to have accepted the above conditions," it added.