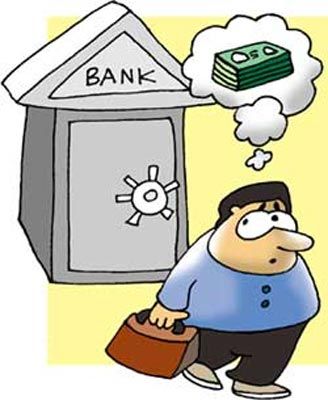 No one knew how serious the government actually was when it announced the decision to issue fresh licences to promote financial inclusion - but two microfinance organisations, Bandhan and Janalakshmi, took the government at its word, says Subir Roy.

The way in which the Reserve Bank of India (RBI) has issued two in-principle approvals for banking licences after a gap of 10 years, following a four-year process, shows the central bank and the Indian system in credible light.

This is so because there is at least one past fiasco that the RBI and the system needed to live down.

The contrast between the two illustrates the long road that the key regulator has travelled in nearly two decades.

In 1996, the RBI, then under the governorship of C Rangarajan, issued an in-principle approval for a banking licence to CRB Capital Markets - whose mutual fund operations the securities regulator had nodded through, and whose paper had been rated "A" by CARE. In a matter of months, the firm defaulted, its promoter, C R Bhansali - who reportedly had connections in high places - fled the country and the RBI withdrew its in-principle approval.

In 2010, when the then Union finance minister announced in his Budget speech that the government would be issuing new licences to promote financial inclusion, the general expectation - which was also buttressed by the initial RBI discussion paper - was that it would create a few more banks of the type that already exist, with rural business obligations, but not banks centred on, and structured to, promote financial inclusion.

But then the RBI, under the leadership of D Subbarao, decided to apply its mind and create a framework that would allow it to step in and take over control in case a bank was in trouble, and a system of ownership that would ring-fence all the financial services businesses of a group so that there was no risk of contagion to the system emanating from these financial businesses.

After this, two corporate groups withdrew their applications as they saw they would have to make too many changes in the holding pattern of many of their businesses.

As is well known, Mr Subbarao was not exactly popular with the Union finance ministry and the government, which was wide open to the idea of corporate houses getting bank licences. He was widely seen to be stalling the process and retired before the licences could be issued.

The new RBI governor, Raghuram Rajan, went one better. Primarily an intellectual of standing and not a civil servant, he set up a committee under the leadership of banker-turned-social entrepreneur Nachiket Mor to look at what type of banks the country should have so as to promote financial inclusion.

The report laid the foundations of a revolutionary process by suggesting that there could be different kinds of banks - horses for courses - to discharge limited functions in designated areas.

As though this was not enough, Dr Rajan introduced another revolutionary concept: that issuing bank licences need not be a once-in-a-blue-moon affair. Other than delinking the licensing process from the political imperatives of the day, it has muted adverse reaction from those 23 whose applications have not made the first cut.

In yet another move that could strengthen the sense of a rule-based, professionally driven system to issue licences, in the final lap, the RBI had a committee headed by former RBI governor Bimal Jalan to look at the eligibility of all the applicants and indicate an opinion on them.

No wonder, then, that the final choice has produced a denouement far different from what was expected initially. None of the corporations and a range of powerful financial firms has made it.

Of the two winners, IDFC is the more conventional - but not entirely so. It is firmly situated in the world of large investments. However, since IDFC is into infrastructure development, it has a somewhat different perspective than a business house per se.

But the truly path-breaking choice is that of Bandhan.

We will not know how serious the government actually was when it announced the decision to issue fresh licences to promote financial inclusion - but two microfinance organisations, Bandhan and Janalakshmi, took the government at its word, applied and one of them actually won. Reportedly, the reason why Bangalore-based Janalakshmi did not win but Kolkata-based Bandhan did was that while the eastern and northeastern regions are laggards in financial inclusion, the southern region is the front runner.

The process is over for the time being. But even then, the RBI has left a licence dangling with what seems like an impish sense of humour.

It has said in so many words - we would like to give a licence to the proposed India Post bank, if only the government will come forward.

The mandarins who run the Union finance ministry come from the top of the civil service examination merit list; those who run the postal department come from far below. How can a Brahmin find so much merit in an OBC?