An international body of financial authorities on Monday highlighted the urgent need to monitor the "shadow banking" activities in India, given a sharp annual growth of over 20 per cent in such businesses over the recent years. 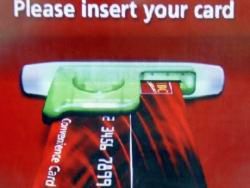 The "shadow banking system" refers to credit intermediation involving entities and activities (fully or partially) outside the regular banking system and is estimated to have reached a size of nearly Rs 37 lakh crore (Rs 37 trillion) in India.

As per a report released on Monday by the Switzerland-based Financial Stability Board (FSB), shadow banking business in India is estimated to be worth over $670 billion (nearly Rs 37 lakh crore) and accounts for about one per cent of the worldwide total.

"India and Indonesia stand out with annual growth rates of above 20 per cent since 2007 which may require closer monitoring," FSB said.

The size of global shadow banking system, on a conservative basis, has grown to over $67 trillion from close to $26 trillion about ten years ago and accounts for nearly half the size of the worldwide financial system.

FSB said these activities provide a valuable alternative to bank funding, if appropriately conducted, but past experience has shown large-scale

risks for the economy.

FSB was set up to coordinate at the international level the work of national financial authorities and international standard setting bodies and to develop and promote the implementation of effective regulatory, supervisory and other financial sector policies in the interest of financial stability.

In its report, FSB said that a total of 17 jurisdictions have seen a continuing growth in shadow banking business in the recent years had half of them are emerging economies.

However, partly this growth can be due to an increase in the number of reporting financial companies in India, where regulatory framework requires all non-deposit taking companies with an asset base of $10 million and above to submit monthly returns.

The number of companies reporting data to the Reserve Bank of India has increased sharply over time, FSB said.

India is one of the few jurisdictions where certain types of non-banking finance companies are allowed to accept deposits, it noted.

As per a case study on financial companies in India, which forms part of FSB report, the focus of NBFC regulation in India has "shifted to include systemically important non-deposit taking NBFCs in recognition of the fact that their inter-linkages with the broader financial system could pose increasing systemic concerns."
© Copyright 2022 PTI. All rights reserved. Republication or redistribution of PTI content, including by framing or similar means, is expressly prohibited without the prior written consent.