News
Business
Movies
Sports
Cricket
Get Ahead
Money Tips
Shopping
Sign in  |  Create a Rediffmail account
Rediff.com  » Business » In a first, NCLT allows 13 Videocon group cos to be clubbed

In a first, NCLT allows 13 Videocon group cos to be clubbed

The group is among the 40 largest defaulters identified by the Reserve Bank's first list for insolvency in late 2016. To speed up the resolution process and also to get better value, the National Company Law Tribunal in a first on Thursday allowed the resolution professional (RP) to consolidate 13 of the 15 Videocon Group companies into a single entity, citing similarity in their operations.

While the nascent domestic bankruptcy law is silent on consolidating different the books of insolvent companies, citing larger interest of lenders and other stakeholders, the Mumbai bench drew examples from British and American bankruptcy laws.

"We heard the arguments both for consolidation and against it. I think it is time to introduce consolidation of accounts with similar operations.

“As there are no domestic laws to draw from, I have taken some guidance from the British and American laws.

"Under certain circumstances they have allowed consolidation and under some they have even rejected it.

“So, of the 15 companies, 13 can be consolidated into a single account, having a direct link and interlink of accounts which will maximise their value," tribunal judge MK Shrawat said.

The tribunal also appointed Mahendra Khandelwal as the RP of the consolidated unit.

The other two organizations --Trend Electronics and KAIL -- will have separate resolution process, the bench said and explained that these two companies have separate sources of income and after segregation they can survive and get better value.

The resolution process of the consolidated Videocon Group companies and Trend Electronics and KAIL will begin from the day of this order.

Separate RPs will also be appointed for Trend Electronics and KAIL, the tribunal added.

In January, the lenders led by SBI had sought citing procedural consolidation of the 15 Videocon Group saying it will maximise the value of assets and all stakeholders will benefit from such a move, apart from speeding up the resolution process.

The group is among the 40 largest defaulters identified by the Reserve Bank's first list for insolvency in late 2016.

The company has its core businesses in consumer electronics and oil & gas exploration, while the subsidiaries are into manufacturing, sale and distribution of consumer goods.

The lenders plan to first auction the electronics business estimated to be worth $ 2 billion. 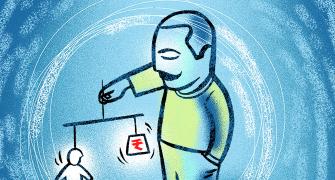