A wall, more than a kilometre long, will display ancient and modern art work, landscaped gardens, waterfalls - right in the heart of Mumbai’s suburbs. No, this is not a flight of fantasy; the Mumbai airport’s new terminal is going to have this, and much more. 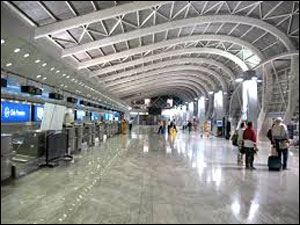 The GVK Group-run Mumbai International Airport Ltd (MIAL) is upgrading the airport at an estimated cost of Rs 12,380 crore (Rs 128 billion). Across 439,000 sq m, the four-level new terminal at Sahar which will start international operations from October, will handle 40 million passengers (compared to 34-million capacity of the Delhi airport’s T3). Its pre-launch trials are expected to begin in May.

Though the problems like airside congestion and lack of adequate night-parking bays that have dogged the growth of the Mumbai airport will not change overnight, the opening of the new terminal will enable the airport to handle more flights and offer much better passenger convenience in terms of check-in, security hold and baggage delivery - the areas for all of those will be substantially bigger than now.

T2 will also take care of immigration delays. While the existing international terminal has 80 immigration counters, T2 will have 136. Also, it will have 52 aerobridges (T3, of course, has 78). The top-most of the four levels will consist of international departure check-in area and will be accessible using the elevated road. The third will be used for domestic departures, while the second will be for arrivals.

The new terminal will have 21,000 sq m of retail space. Industry experts see this as an upside for both retailers and passengers. It will help boost revenue, with the new duty-free concessionaire promising a much larger share in revenue than the previous contract.

Another interesting construction feature is a roofing system that provides both thermal and acoustical insulation by limiting outside heat and aircraft noise; and keeps interiors cool. For internal illumination, MIAL has installed skylights consisting of an intricate combination of 272 pieces of glass sourced from China and built on steel framework. The entire layout of skylight resembles a diamond-studded jewel.

Joeri Aulman of Netherlands Airport Consultants says: “During the master-plan phase, it had become clear that the Mumbai airport’s focus should be on quality rather than quantity. An integrated ‘one-roof’ Terminal 2 for hubbing operations of large carriers was one of the major pillars supporting the airport’s future prospects.”

“When we first mapped the space constraints at the airport, we found a considerable amount of space was occupied not only by slums but also Air India’s catering facility, maintenance hangars, etc. This meant the new terminal had to come around these buildings, until those were shifted from the current location,” he said, adding the new terminal would be extended after the demolition of the existing terminal building and shifting of Air India’s facilities. 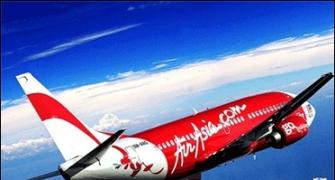 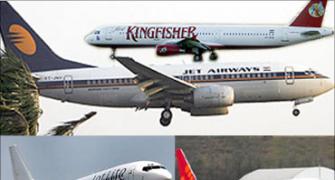 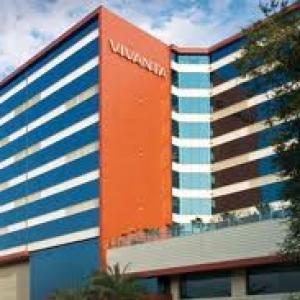 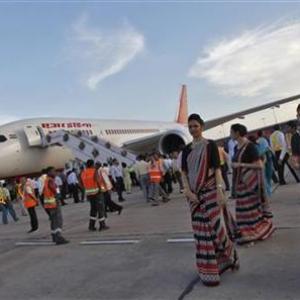