Mukherjee to teach public policy as elective at IIM-A 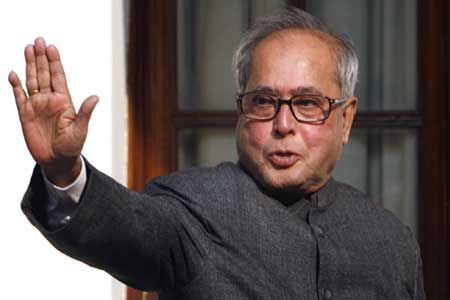 After APJ Abdul Kalam, it is now Pranab Mukherjee who will be the second such former President of India to teach at the Indian Institute of Management, Ahmedabad (IIM-A) from September 18, 2018, onwards.

While Kalam's lectures revolved around innovation, Mukherjee will be focusing on public policy and parliamentary practices.

Mukherjee will be taking 12 out of total 22 sessions of the course, 'Public Policy for Inclusive Development of India', that would be taught at the JSW School of Public Policy within the IIM-A campus.

Earlier a part of the flagship post-graduate programme in management, the course is now being offered as an elective for PGP, PGP Food and Agri-Business Management and Post-Graduate Program in Management for Executives students.

According to IIM-A, the course looks to delve into the interplay between the desired end of inclusive development and the system of parliamentary democracy in India.

Known for his penchant for teaching, former President of India, Mukherjee is expected to reflect on the theory and practice of public policy for the inclusive development of India as part of the course pedagogy.

"Listening to Shri Pranab Mukherjee, our students should develop a better understanding of the politics of inclusive development," said Vijaya Sherry Chand, chairperson, JSW School of Public Policy, who along with another senior faculty member Anil Gupta, will be teaching other sessions of the elective.