The government has only taken a pause and more measures will be announced in the days to come to help sectors hit by the coronavirus outbreak and also to make India ‘Atmanirbhar Bharat', Minister of State for Finance Anurag Thakur said. 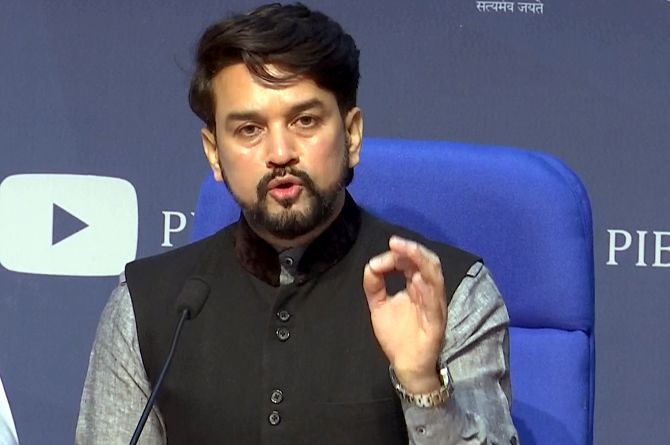 Since the outbreak of the pandemic, the government has taken several steps to mitigate the hardships of the people due to lockdown and support growth, Thakur told PTI in an interview.

Only this Sunday, he said, the government on the direction of Prime Minister Narendra Modi announced a comprehensive economic package of Rs 20.97 lakh crore to support the economy hit hard by COVID-19.

"We came first with the ease of compliance. The second was for the Pradhan Mantri Garib Kalyan package (Rs 1.70 lakh crore) and the third was this stimulus package of Rs 20.97 lakh crore. This can't be the end," he said while sharing details of a series of announcements.

"The announcements have taken a pause and the action will continue," the minister said when asked whether the government was expected to come out with more measures to deal with the current economic crisis following the coronavirus outbreak.

Emphasising that the Modi government is sensitive to the needs of people and businesses, he said, the ministry is taking the inputs from various sectors.

"But let me say here also many will also fall into other categories which have been benefited. Some will benefit from the series of announcements made for the MSME sector. Small hotels which fall into this category can take advantage of the announcement made in the Atmanirbhar Bharat Abhiyan package," he said.

Stressing that economic reform is a continuous process, the minister said, "I'll say the year 2020 will be known as the year of reforms.”

In bold reforms aimed at boosting the sagging economy, the government last week announced several reforms including a slew of measures for the agriculture sector, defence manufacturing, civil aviation and mining sector.

"The long-pending demand for the change of definition of MSME, taking farmers out of the clutches of the Essential Commodities Act and the APMC Act have been seen as historic steps. Opening up of the coal mining and mineral sector at the same time has been a very positive step towards self-reliance," he said.

"Apart from that, opening up of the space sector is not a small reform. Permitting foreign investors to own up to a 74 per cent stake in defence manufacturing ventures under the automatic route, from the current 49 per cent limit is another big bold move," he said.

Also, the list of weapons that cannot be imported will be expanded to give Make in India a boost and cut down the import bill and improve export potential.

Rebutting the criticism that the government has not done enough to push demand, the minister said that the central government has transferred funds directly to the needy, whether it was fund transfer to 20.5 crore Jan Dhan account holders or 2.2 crore national security assistance programme beneficiaries, or 9 crore farmers.

Besides, he said, the Modi government has undertaken several other measures which will directly benefit the needy people. These include distribution of free ration to about 80 crore people, gas cylinders under the Pradhan Mantri Ujjwala Yojana etc.

The government, the minister said, has announced a series of measures to help the MSME sector which employs the highest number of people (about 12 crores) after agriculture.

Among other things, the government has made a provision of Rs 3 lakh crore of collateral-free loan for the MSME sector.

"I think this is going to give a boost to the MSME sector," the minister said, adding it will help in protecting jobs and there would be no more layoffs.

At the same time, the minister said, the money in the hands of people will go a long way in boosting aggregate demand in the economy. 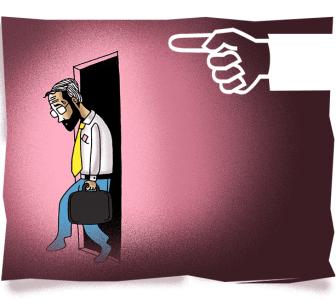 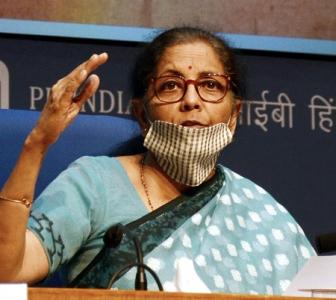 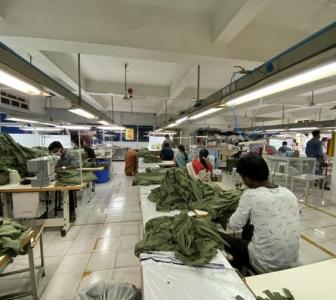 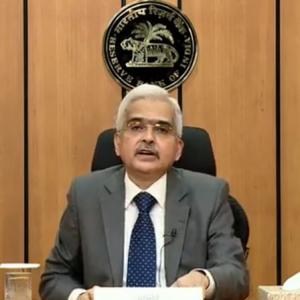