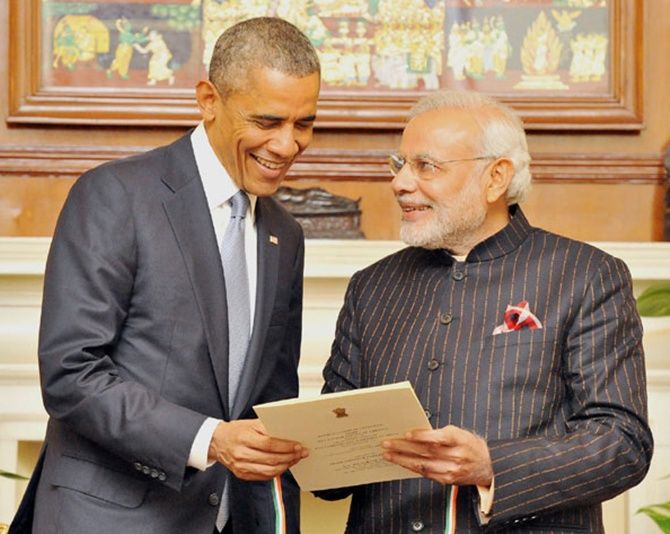 Prime Minister Narendra Modi is likely to interact with technology and business leaders and focus on innovation, digital economy and renewable energy during his US trip next month, a top Indian diplomat has said.

Modi is expected to travel to the US late September to attend the 70th annual session of the UN General Assembly.

While no official announcement has been made yet, Modi is scheduled to travel to San Francisco to address the Indian-American community in the Silicon Valley on September 27.

Both in New York and in San Jose -- hub of the Silicon Valley -- Modi is likely to meet people, experts and corporate leaders to further his twin agendas of inclusive growth and fast-tracking economic development.

"The Prime Minister is expected to be here in the US in September in New York and in California. During his visit to California he would also interact with people representing the technology and business sector, wherein there would be emphasis on entrepreneurship, innovation, digital economy and renewable energy," Indian Ambassador Arun K Singh told PTI.

Ahead of Modi's visit to the US, Assistant Secretary of State for South and Central Asia Nisha Desai Biswal is visiting India and Sri Lanka.

In New Delhi, Biswal is expected to hold talks with her Indian counterparts on forthcoming prime ministerial trip and the first India-US Strategic and Commercial Dialogue in September.

Climate change and renewable energy are the two issues that brings Modi and US President Barack Obama together.

Climate change ‘will be at the fore front’ of the leaders' agenda and that is dealing with its adverse consequences, said Peter Lavoy, Special Assistant to the US President for National Security Affairs.

"Prime Minister Modi has talked about the obligation he has to the earth into India and to the Indian people and has set very ambitious carbon reduction guidelines. . . And each leader has agreed to work together to seek a very strong conclusion to the Paris conference later this year," he said.

"This is one example of the many examples that they have come together, where our cooperation can produce tangible results for dealing with important world issues," Lavoy said.

Image: Prime Minister Narendra Modi presenting a reproduction of telegram sent by USA to the Indian Constituent Assembly in 1946, to the US President Barack Obama, in New Delhi. Photograph: PIB