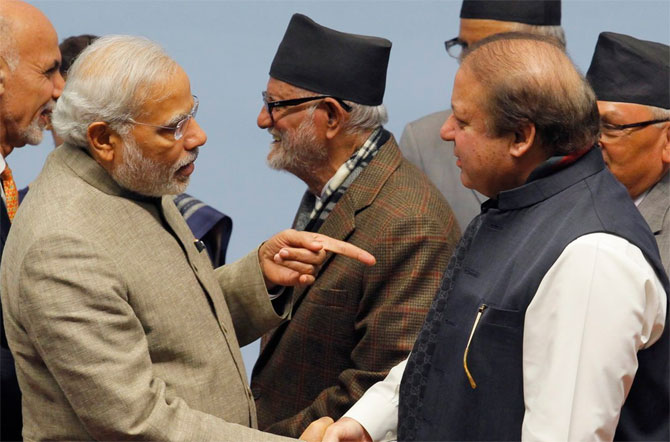 After Indus Water Treaty, India will review the Most Favoured Nation (MFN) status given to Pakistan at a meeting called by Prime Minister Narendra Modi in New Delhi on Thursday.

The decisions to review the MFN, which was granted by India unilaterally in 1996, comes in the wake of the Uri attack over which India is weighing options to respond.

The MFN status was accorded in 1996 under World Trade Organization's General Agreement on Tariffs and Trade (GATT). Both India and Pakistan are signatories to this which means they have to treat each other and rest of WTO member countries as favoured trading partners.

According to Assocham, out of India's total merchandise trade of $641 billion in 2015-16, Pakistan accounted for a meagre $2.67 billion.

The prime minister on Monday chaired a review meeting of 56-year-old Indus Water Treaty during which it was decided that India will "exploit to the maximum" the water of Pakistan-controlled rivers, including Jhelum, as per the water sharing pact.

Attended by National Security Advisor Ajit Doval, foreign secretary S Jaishankar, the Water Resources secretary, and senior PMO officials, the meeting also noted that the meeting of Indus Water Commission can "only take place in an atmosphere free of terror".