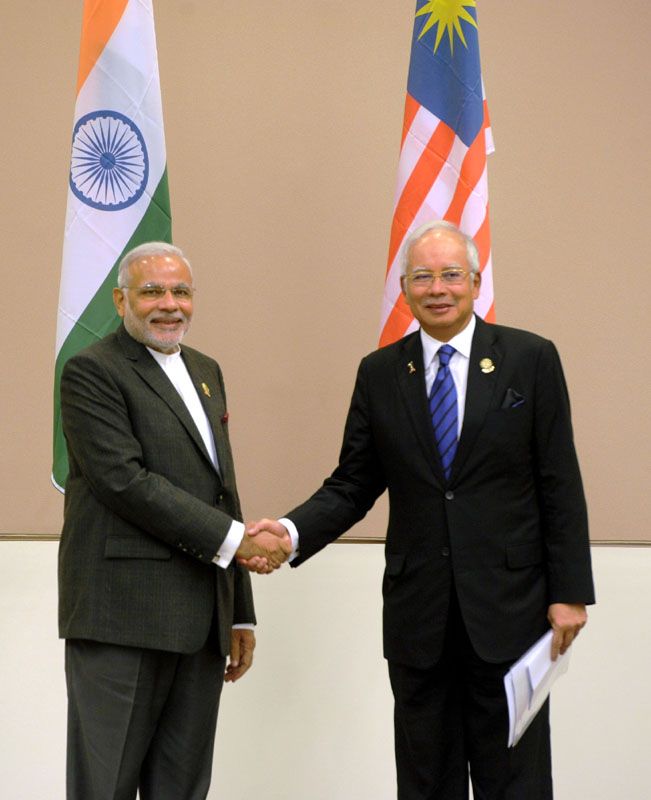 As part of his endeavour to constantly evaluate the performance of his government, Prime Minister Narendra Modi is taking a cue from the Malaysian model, calling it an "excellent example".

During his meeting with his Malaysian counterpart Najib Razak on Wednesday, Modi said he was greatly impressed by the performance assessment mechanism that is in place in the southeast Asian country.

Modi told Razak that he had had discussions on this subject with some Malaysian officials who had worked on it, Ministry of External Affairs spokesperson Syed Akbaruddin said.

The prime minister said that this is an excellent example of how monitoring of performance is done. But he said Malaysia is more than only governance reform.

While this was governance reform, Modi also felt that Malaysia has been open for economic reforms and he felt that both Malaysia and India could work together in areas like housing.

Modi said public housing was a major focus of the new Indian government which plans to go for large scale public housing by 2022. And he felt that Malaysian companies who had expertise in these would be welcome specifically in public housing projects.

To keep the government departments on their toes and deliver on the BJP's poll promise to bring "Achchhe Din" (good days), the prime minister is understood to be keen on revamping the Performance Management and Evaluation System (PMES), currently run by a division at the Union government's Cabinet Secretariat.

Razak set up the Performance Management and Delivery Unit, commonly known as PEMANDU, in his office in September 2009, just a few months after taking over.

G Sudhakar Nair in Nay Pyi Taw
© Copyright 2021 PTI. All rights reserved. Republication or redistribution of PTI content, including by framing or similar means, is expressly prohibited without the prior written consent.