Reliance Industries was the top gainer in the Sensex pack, surging over 3 per cent, followed by Bajaj Finserv, IndusInd Bank, HDFC twins and Kotak Bank. 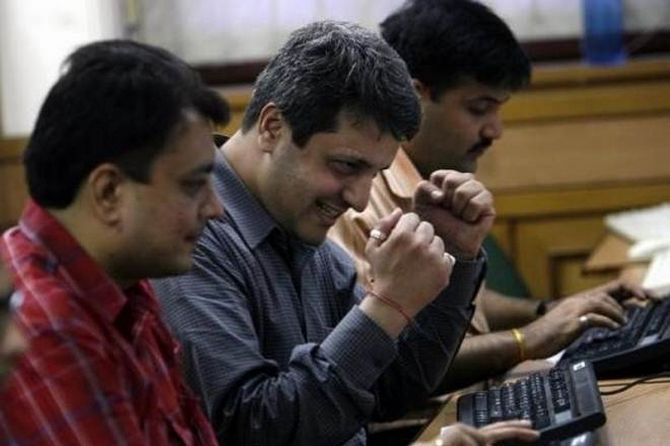 On the other hand, Maruti, Bharti Airtel, Asian Paints, UltraTech Cement and Nestle India were among the laggards..

According to Hemant Kanawala, Head – Equity, Kotak Mahindra Life Insurance, Indian markets rallied in sync with its global peers, putting to the backburner the uncertainties in the US Presidential election.

They delivered a broad-based performance, with both Nifty and Nifty midcap indices returning 1.5 per cent over the last week.

Sectorally, BSE energy, bankex, finance, realty and consumer durables indices rallied up to 3.16 per cent, while telecom, healthcare and FMCG fell up to 0.92 per cent.

Broader midcap and smallcap indices rose up to 0.54 per cent. 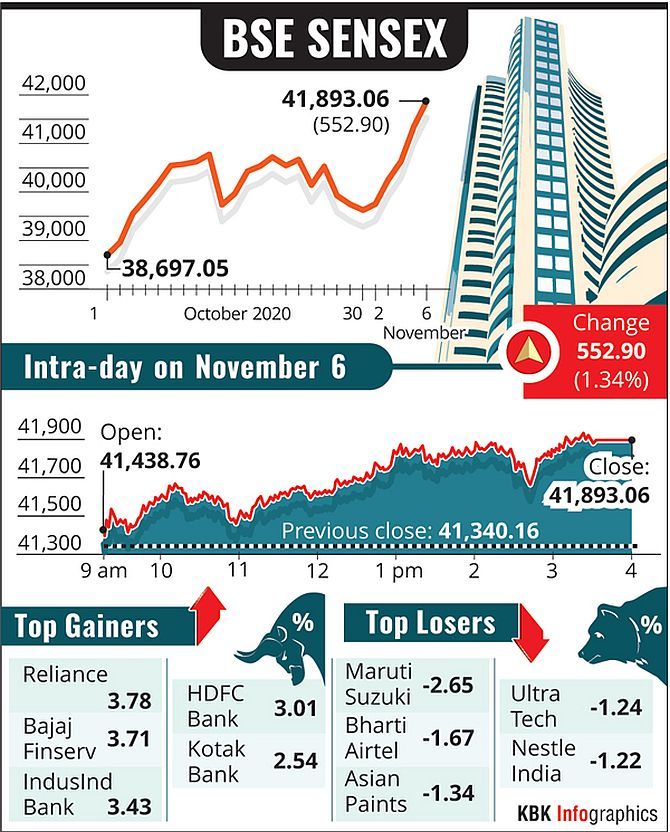 “Positive global sentiment from the US election, expectation of Fed open market operation and improving economic activities have added optimism in the market,” said Vinod Nair, Head of Research at Geojit Financial Services.

Markets have surged consistently over the week, and Indian benchmark indices have continued their strong momentum supported by a good set of quarterly numbers and strong foreign fund inflow, he noted.

Democratic leader Joe Biden appeared to be a step away from winning the US presidential election as the latest count of votes from a handful of battleground states indicated that the re-election chances of incumbent Republican President Donald Trump are getting slim by the hour.

By late Thursday night, Biden -- who bagged 253 seats as against Trump's 213 -- appeared to be nearing the magical figure of 270 out of the 538 electoral college votes.

Elsewhere in Asia, bourses in Shanghai ended in the red, while Hong Kong, Seoul and Tokyo closed with gains.

Foreign institutional investors remained net buyers in the capital market as they purchased shares worth Rs 5,368.31 crore on Thursday, according to provisional exchange data.

In the forex market, the rupee settled 28 paise higher at 74.08 against the US dollar. 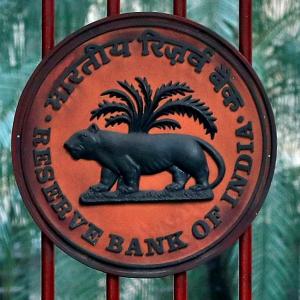 RBI allows all NBFCs to co-lend with banks 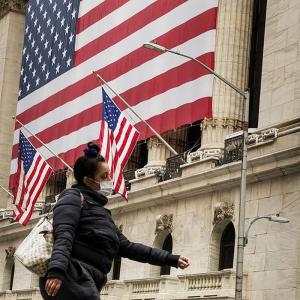