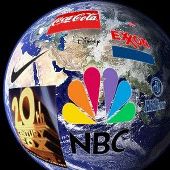 The personal care division of cigarette-to-flour-maker ITC was keen to target women in tier-II and III cities in its endeavour to promote products.

What the company was looking for was to build a personal connect with the target audience, rather than doing basic advertising alone.

It selected a few states for the exercise.

One of these was Maharashtra, where the Kolkata-based giant approached regional newspaper Lokmat to help in the initiative.

Ranked as one of the top newspaper groups in the state, Lokmat had a ready base of subscribers they could tap.

The publication selected the city of Nashik for the exercise organising an event where some 1,000 women were invited with their families for a day of fun and games.

At the end of the day, the women were given hampers full of personal care products from ITC.

A follow-up after the event revealed that the women were impressed with the products.

Some had decided to become regular users of the products, too.

Lokmat is not alone in what industry insiders describe as ‘advertising plus plus.’

Regional as well as English-language publication groups, radio stations and even business news channels are aggressively pushing combo packages that give the advertiser both exposure in the media vehicle, in the form of on-air ads or print ads or ads on the internet, as well as outside of it through on-ground events, promotions or activation drives.

The attempt is to maximise revenues at a time when advertisers are increasingly demanding greater bang for the buck.

Recent forecasts by media agencies GroupM and Madison show that the Rs 30,000-crore (Rs 300-billion) advertising industry in India will continue to grow in single digits -- much like it did in 2012.

The forecast from both media agencies is that growth this calendar year will be in the region of seven-nine per cent -- marginally better than the four-five per cent growth seen last year.

With accountability for every advertising rupee spent growing, media owners say the trend of offering above-the-line and below-the-line combo packages is likely to see a surge in the coming years.

At the moment, below-the-line activities such as events or on-ground promotions or activation drives constitute about three-four per cent of a media group's revenues.

"But this will grow to about 10-15 per cent in the next few years as media consumption habits change and advertisers look for a more personalised experience with their target audience," says a senior ad sales executive from the Dainik Bhaskar Group, a popular regional publication house based in Madhya Pradesh.

In 2011, the advertising industry grew at the rate of about 10-12 per cent, according to GroupM and Madison.

Shailesh Gupta, director-marketing of Uttar-Pradesh-based Dainik Jagran Group, says it has spun off its below-the-line division into a separate profit centre altogether.

This way the group is able to devote more focused attention to the needs of its clients in this area.

While tying up with regional-language groups, say media planners, is a win-win situation for both the advertiser and media owner since the latter offers the reach as well as infrastructure besides being cost-effective, the model works a little differently with English-language groups.

"The latter chose to push their own events, where they offer mileage on the ground as well as in the media property," says Jwalant Swaroop, the former chief operating officer of the Lokmat Group, who is now an independent media analyst.

This strategy of pushing in-house events, say experts, has worked well to give a boost to corporate advertising rather than product advertising.

In recent months, corporate advertising has taken a hit due to the general slowdown around.