But experts say downside limited, pockets of opportunities for investors 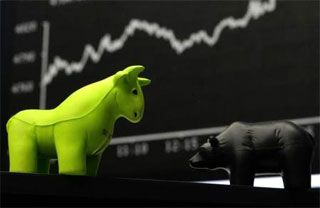 The sudden and sharp correction in the market has taken many investors by surprise. The Street, which had been hoping the National Democratic Alliance government would take steps to accelerate the pace of growth and reforms, has been taken aback.

Apart from various domestic factors, including a stable rupee, the market rally was also driven by strong global liquidity, leading to increased flows into the country. The sharp correction in crude oil prices, the monetary squeeze in Russia, the slowing growth in Europe and China and consequent volatility in currency markets, which has seen the dollar gain in the recent past, have led to nervousness across global markets. The Indian market, on a decline since December 4, has fallen about six per cent in a fortnight.

Dhananjay Sinha, head (equities), Emkay Global, says while domestic economic and earnings growth are still to show expected impetus, global cues have led the markets to correct sharply — from 17 times to 16 times (price-earnings valuation). He feels the market could remain vulnerable and further correction cannot be ruled out. The weakening rupee could lead to reduced inflows into the country, he adds.

Sahil Kapoor, assistant vice-president (retail capital markets), Edelweiss, feels on the back of a holiday season, foreign institutional investor (FII) flows could remain subdued. Also, there has been profit-booking (given the huge rise in Indian markets this year) on the back of global events.

As such, in the short term, one has to be cautious due to the Russian overhang. While it’s a healthy correction, the Nifty, which touched a fresh low of 7,950, could see some more downside, till 7,800-levels, he adds. That would mean a further correction of three per cent from the current 8,030.

Other experts say one should watch FII flows and how these react to the currency volatility. Clarity on this is likely in a few weeks, they add. 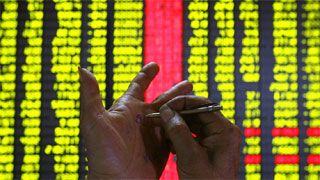 The uncertainties have thrown up a few opportunities. The India story remains intact and the country is relatively better placed among emerging markets, seen as riskier bets in times of volatility, compared to developed markets. The caveat is the government’s ability to take faster and big-ticket decisions to kick-start growth.

Sankaran Naren, chief investment officer, ICICI Prudential AMC, says, “In the light of declining crude oil prices, India is the most attractive emerging market in the world. Therefore, a correction due to global cues is an opportunity for people to invest and spread their investments over the course of the next six-nine months, for a long term in Indian equities.”

According to Raamdeo Agrawal, joint managing director, Motilal Oswal, the downside for the Indian market will be protected, given the historic election verdict. “The Sensex was around 24,000 levels (7,200 for the Nifty) before the outcome of the general elections in May. Since then, two major events have taken place — the historic election verdict and a fall of about 40 per cent in crude oil prices. The market will assign a premium to these events. Therefore, the downside will be limited but the upside potential for the long term is good, that we are a growth economy.”

Experts say domestic investors could provide a cushion to the Indian market by countering the sell-off from foreign investors. Since May, the domestic mutual fund sector has seen healthy flows every month. MFs haven’t fully deployed the inflows they have received in equity schemes this year yet. Life Insurance Corporation of India is known to be a contra player, starting to buy stocks whenever there is a correction.

“We believe inflows into domestic MFs will continue in the near term due to stagnant returns on physical assets. We expect this to support markets in case of FII outflows,” said a report by Manishi Raychaudhuri and Rajan Jain of foreign brokerage firm BNP Paribas Asia Strategy. 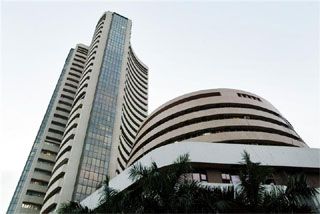 Sinha says considering the rupee’s weakness, the yield on 10-year government securities has already increased to eight per cent, adding what the Reserve Bank of India (RBI) does in the March quarter will have to be watched. He feels the banking sector will see volatility.

Kapoor says while these are early days to arrive at any conclusion on RBI’s moves and the monetary policy will have to be watched, there could be triggers for interest rate-sensitive, infrastructure and capital goods. He feels the manufacturing sector, on the back of government’s emphasis on this segment, holds promise through 9-12 months.

Experts say investors should avoid small-caps and mid-caps that have already grown manifold. For instance, the BSE small-cap index is trading at a historical price/earnings ratio of 34, compared to 18 for the Sensex, indicating valuations are expensive and factoring in more than two years of earnings growth. Sinha suggests looking at companies with reasonable valuations, a promising business model among large-caps and being selective in the mid-cap space.

Most believe investors should avoid the metals (due to the declining commodity prices) and consumer staples (as volumes might slow) segments. Kapoor says highly leveraged and real estate companies should also be avoided, as reforms on land acquisition are pending. Also, looking at the excise duty revision hangover, the large-cap auto segment should also be avoided. Shenoy continues to be cautious on pharmaceuticals, as currency volatility could adversely affect firms in this sector. Companies such as Dr Reddy’s have strong exposure to Russia, as does tea producer Mcleod Russel.

The power segment, however, offers some opportunities, given the government’s initiatives to revive the sector.