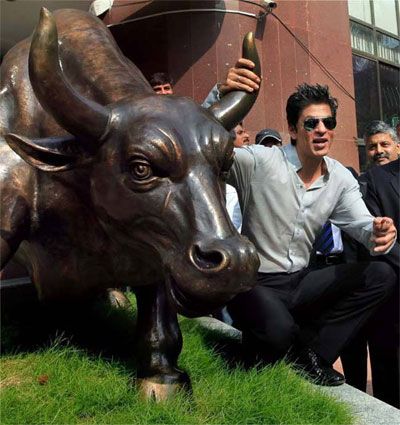 Benchmark share indices logged their best weekly gains in seven years in absolute terms and best in four years in percentage terms as foreign investors turned aggressive buyers after the Budget maintained the path to fiscal prudence and focus on rural and infrastructure sectors to boost the economy.

"The Budget inspired the markets to bottom out and saw frontline indices rally by 6 per cent+ nearly recouping all of the losses of the month of February. Action was broad-based and driven by fresh buying interest from FIIs. The Jobs data from the US due today and Gyan Sangam that has started today will be key drivers for the markets next week.

However, a breather would be welcome as investors are yet to come to terms with the sharp and sudden reversal. Past rallies have seen investors being bewildered and wondering about the extent of the upmove. This lack of faith usually sees market move higher before a broader participation.

The 15th March 2016 Advance tax payments will present the next reality check for earnings, while the next big trigger is due in April when banks could cut base rates by 40-50bps and trigger a RBI rate cut," said Ravi Shenoy, AVP-Midcaps Research, Motilal Oswal Securities.

The finance minister in his Budget presented on Monday maintained the fiscal deficit target at 3.5 per cent of gross domestic product for the next fiscal.

The major highlights of the Budget include allocation of Rs 25,000 crore (Rs 250 billion) towards their recapitalisation of state-owned banks in the next fiscal.

Infrastructure outlay at Rs 2.21 lakh crore for 2016-17 with road and rail taking up most of the allocation at Rs 2.18 lakh crore.

In an effort to boost farmers income the Budget proposed allocation of nearly Rs 36,000 crore (Rs 360 billion) for the farm sector while raising agri-credit target to Rs 9 lakh crore next fiscal.

Foreign institutional investors which were sellers in the first two months of the current calendar year turned buyers with net equity purchases worth Rs 2,764 crore (Rs 27.64 billion) from February 29 to March 04, as per provisional stock exchange data.

The rally in the markets was driven by rate sensitive sectors with banks gaining the most along with capital goods and metal stocks.

PSU bank shares surged after the government pledged support to keep state-owned banks in good health and the Reserve Bank of India (RBI) eased rules on their core capital requirements under the upcoming Basel III norms.

Further, hopes of a rate cut also boosted sentiment for the sector. Among the PSU banks, State Bank of India zoomed 20.6 per cent, Punjab National Bank jumped 14.5 per cent while Bank of Baroda ended 12 per cent higher. In the private banking space, HDFC Bank rose 6.4 per cent, ICICI Bank surged 19.3 per cent, IndusInd Bank rose 12 per cent and Kotak Mahindra Bank ended up 8.4 per cent.

Metal shares flared up after rebound in global commodity prices in addition to the government's proposal for increase in customs duty on aluminium to 7.5 per cent from 5 per cent and scrapping of export duty on low grade (below 58 per cent iron content) iron ore lumps and fines boosted sentiment.

Vedanta was the top gainer up 21.5 per cent followed by Jindal Steel, Tata Steel, SAIL, Hindalco and National Aluminium up 12.6 per cent-18.1 per cent each.

In the capital goods space, BHEL ended up 12.8 per cent after the state-owned engineering major said it has won an order worth Rs 5,600 crore from Tamil Nadu government for setting up of the Main Plant Package for the 2X800 mega watt (Mw) Uppur Supercritical Thermal Power Project.

Further, the company has also commissioned supercritical thermal units at Karnataka and Tamilnadu. Larsen & Toubro ended up 7.5 per cent after the company said its construction division has bagged orders worth Rs 2,213 crore (Rs 22.13 billion).

Tata Motors surged 13.7 per cent after robust US sales and commercial vehicle sales in the doemstic market. Jaguar Land Rover (JLR) reported a strong 25 per cent jump in US sales at 7,929 units in February 2016 against 6,327 units a year earlier. While sales of its heavier trucks grew 24 per cent, it also sold 12 per cent more of its light commercial vehicles in February 2016.

The stock which hogged the limelight during the week was ITC, which bore the brunt of selling pressure after the Budget proposed hike in excise duty on tobacco products by 10 to 15 per cent. However, the stock recovered sharply to finally end the week 8.6 per cent higher after analysts said that the excise duty on tobacco products was less aggressive than the previous two years.

Investments by foreign institutional investors will be the key driver of the market in the truncated week ahead.

Markets will remain closed on Monday on account of Mahashivratri.

Further, markets will also react after encouraging US payrolls data could pave the way for gradual hike in rates by the US Federal Reserve. The US Labor Department on Friday said that nonfarm payrolls increased by 242,000 jobs in February.

The government will announce index of industrial production for January on Friday, March 11, 2016.

The image is used for representation purpose only 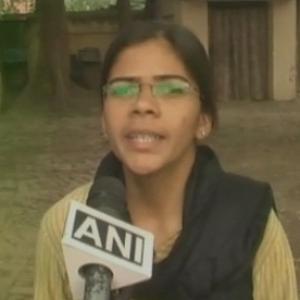 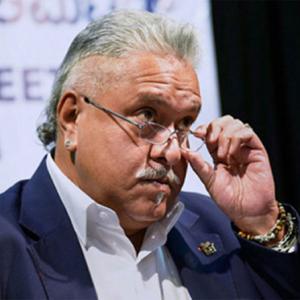