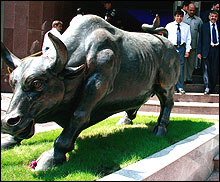 Capital Goods stocks were amongst the worst hit in trades today. The BSE Capital Goods index was the top sectoral loser, down 1.6% or 160 points to shut shop at 9,834 levels. Suzlon Energy was the top loser from this space, down 3% to Rs 26. Siemens, BEML, Larsen & Toubro, Crompton Greaves, Alstom Projects and BHEL also ended lower in trades today.

The IT index lost 1.2% or 70 points to 5,951 levels. Shares of software majors Infosys and TCS ended down over 1.7% each on concerns that profit margins could be impacted after local media reports that the United States had raised the cost of processing H-1B employment visas. Mphasis was also amongst the loser from this spcae.

Among the Sensex stocks, SBI ended down 1% on concerns that net interest margins could be impact after the bank recently announced hike in short-term deposit rates.

On the other hand, Jindal Steel, Tata Power, Hero MotoCorp, Wipro, ONGC, Bajaj Auto and Maruti Suzuki  were amongst the gainers.

Among the individual stocks, Shares of EIH Associated Hotels declined 3% to Rs 153 on equity dilution worries.

Panacea Biotec advanced 7% to Rs 73 on launch of its new facility in Himachal Pradesh for the production of anti-cancer products.

Alchemist Ltd ended 10% higher on the bourses today on reports that the company had allotted 6.6 lakh shares to its promoters on a preferential  basis.

The broader markets outperformed the benchmark indices. The BSE mid-cap index ended higher by 10 points at 6,200 and the small-cap index advanced 45 points to close at 6,497 levels.

The overall breadth was positive as 1,539 stocks advanced while 1,270 stocks declined. 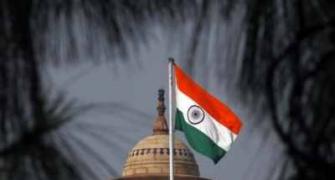 What Pranabda will bring in his briefcase 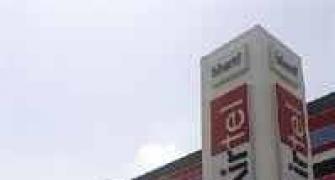 Airtel to tie-up with banks for cash withdrawal services 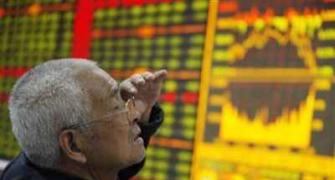 Get Smart: Give your portfolio the global advantage 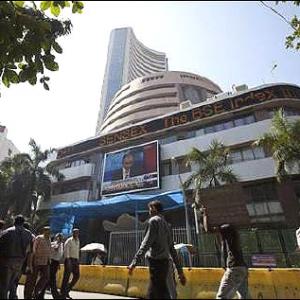 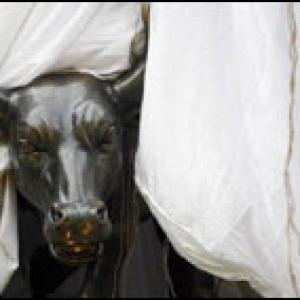 Markets bounce back over P-Note clarification