Industries with the highest number of top-rated companies at risk were hospitality/travel, media and entertainment, retail, financial services and consumer goods/manufacturing 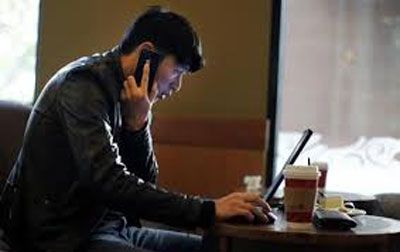 The top executives of many a corporate giant must feel like the fictional character Gulliver, waking up to find themselves under attack from modern-day Lilliputians, small start-up companies which overwhelm their established rivals with new technologies.

The old powers of market incumbents - massive scale, control over distribution, brand power, millions of customer relationships - are no longer seen as the obstacles they once were to agile rivals with innovative business models.

A new survey finds business leaders believe four out of 10 top-ranked companies in their industries worldwide won't survive the next five years.

They blame the accelerating change in technology, shifting business models and a need to merge to cut costs in order to ensure they don't become footnotes in someone else's corporate history.

"Not just lone companies, but entire industries are being side-swiped by these effects," said James Macaulay, co-author of the study, which polled 941 business leaders from a dozen industries in the world's 13 biggest economies.

"Digital disruption now has the potential to overturn incumbents and reshape markets faster than perhaps any force in history," the survey states.

The survey was conducted by a research centre at top-ranked Swiss business school IMD, the International Institute for Management Development, with backing from Internet equipment maker Cisco, where Macaulay works as a consultant.

Industries with the highest number of top-rated companies at risk were hospitality/travel, media and entertainment, retail, financial services and consumer goods/manufacturing, in that order, the survey showed.

Meanwhile, industries which still largely deliver physical products or services such as pharmaceuticals, utilities and the oil and gas sectors were rated the least likely to be disrupted.

Michael Wade, another co-author of the survey, said there were some things software could not replace. "Consumers are still unlikely to take an app if they get a headache," joked Wade, a professor of strategy at the Lausanne-based IMD business school.

But even for industries such as pharmaceuticals, where regulatory protections, high capital costs and complex production processes still rule, Wade said new threats are coming from start-ups analysing "big data" to offer a personalised approach to medicine, for example.

Meanwhile in travel e-commerce aggregators have taken millions of customers from direct bookings with hotels and airlines already struggling with a decade of decline in business travel amid the economic and structural challenges.

"Disruptive players are coming from out of nowhere," says Macaulay. "Now it's individuals who want to rent their homes and vehicles," he said, referring to home rental service Airbnb, office-sharing firm LiquidSpace and similar "sharing economy" start-ups.

Karl Ulrich Garnadt, chief executive of the German Airlines division of Deutsche Lufthansa AG, told venture investors in Berlin this month that his industry still spends too much time worrying about direct competitors in Asia or the Mideast.

He noted how the industry missed the rise of mobile travel apps, the top dozen of which now collectively have a valuation around 88 billion euros ($99 billion), while the market capitalisation of Lufthansa, Europe's largest airline group, has shrunk to 5.5 billion euros from double that a decade ago.

"Today we are too limited in our thinking. We need to widen our horizon, we need to think like the customer," the airline industry veteran said.

Towards that end, Lufthansa is seeking ways to woo back customers who expect them to deliver more than boarding passes to their mobile phones. With free on-board Wi-Fi soon to be available on every plane, he wants flight attendants to use new apps to help frequent travellers make new travel bookings in mid-air.

In banking big lenders are now all at giving board-level attention to the rapid growth of "fintech" start-ups in markets from mortgage-lending to wealth management to small business loans.

In an era of cloud computing and services delivered to smartphones, fintech start-ups have no need to duplicate the retail branch networks that tied customers to banks. And new players aren't saddled with making heavy investments in creaky, decades-old back-office banking systems.

"Lending remains pretty much an archaic process for banks, largely based on paper forms that are designed to give customers a poor experience," said Martin McPhee, a senior vice president at Cisco who heads the company's consulting arm.

"Research shows that four out of five banking customers will happily leave their banks for a better customer experience," he said.

Hunt or be hunted

In corporate circles, the most common sobriquet for these digital threats is Google or, less frequently, Amazon .

But, depending on the industry, the big threat goes by different names: for automakers and transport companies, it is Tesla, the luxury electric car company, or Uber, the online taxi service. For hotels and airlines, it's Airbnb or Trivago, now majority owned by Expedia.

Tesla has also hit the radar of utilities with its announcement in April on its "energy storage" business, which aims to produce batteries capable of solving the elusive problem of storing electrical energy produced at optimum times for use at other times.

"Everyone thought (Tesla founder) Elon Musk was building a car company, but now we find he is building an alternative energy company," McPhee said.

There is also mounting wave of digitally inspired, cross-border mergers, stepped-up corporate venture funding and a willingness to place bigger bets on risky business models that can undermine a company's existing activities.

BMW-owned British carmaker Mini said this week customers would in the future be able to offer their private vehicles for car-sharing, mindful of a trend amongst younger drivers to not have their own cars.

The challengers offer massive improvements in how customers use the products or services of established businesses. They combine that with finding ways to slash costs and enter markets without investing heavily to own physical assets or distribution infrastructure, says McPhee.

Uber, the online taxi-hailing service is now applying similar strategies to sign up drivers to deliver everything from groceries to heavy equipment, in a challenge to logistics giants like FedEx and UPS.

McPhee notes the historical parallel to what occurred after the advent of the Web in the mid 1990s: Just 25 per cent of the Fortune 100 top U.S. companies were still in existence 15 years later.