Setback for Mallya, his plea against Sebi order dismissed 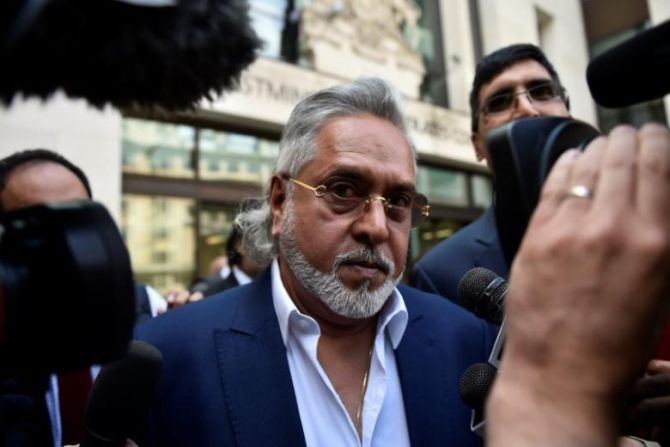 The Securities Appellate Tribunal (SAT) on Friday rejected fugitive liquor baron Vijay Mallya's appeal against Sebi barring him from the market and asked him to appear before the regulator within three weeks.

The tribunal also dismissed his plea against the Sebi order that barred him from holding any board position at listed companies, including as the chairman of his group firm United Breweries Ltd (UBL).

Mallya has been asked by SAT to appear before Sebi "in person or through a legally authorised representative" to make any submission within 21 days, so that the regulator can consider his plea for relaxing any restrictions imposed through an interim order passed in January relating to alleged illegal fund diversions at his erstwhile flagship United Spirits Ltd.

"Thereafter, Sebi shall consider the same and proceed further in the matter and pass final orders expeditiously and preferably within a period of four months in accordance with law to give finality to the issue," the tribunal said in its 25-page order.

Sebi is free to relax the restrictions as early as possible and according to the law, if the regulator finds the reply of Mallya appropriate, the tribunal noted.

Mallya had resigned as director and chairman of USL in March 2016.

With regard to submission that Mallya be at least allowed to continue as chairman of UBL, the tribunal said this prayer should be considered by Sebi as per law on receipt of such a representation.

"... in case Sebi finds merit in the submission of the Appellant, it would be free to grant partial relief to the Appellant in accordance with law," the SAT order said.

Mallya, who is currently in the UK, has been evading summons from various investigating agencies and courts for many months.