RBI, Enforcement Directorate to see if money was sent to tax haven 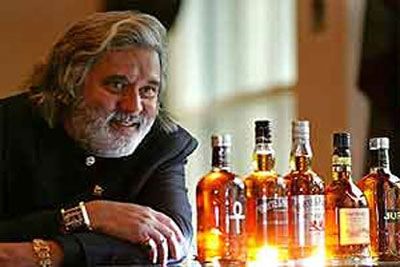 The Enforcement Directorate (ED) and Reserve Bank of India have launched a probe into the transfer of Rs 4,000 crore (Rs 40 billion) from United Spirits Ltd (USL) to the British Virgin Islands in early 2007 by the company before it was taken over by Diageo in 2012.

A probe into the transfer was first ordered by a division Bench of the Karnataka high court on December 20, 2013, but there was no follow up by the agencies. With the Narendra Modi government taking an aggressive stand on defaulters, the ED and RBI have been asked to look into USL's transactions and call for relevant papers from the company and Diageo, its new owner, said an official close to the development. Under Diageo, USL now has a new management with its former chief financial officer (CFO) P A Murali quitting on April 23, 2015.

A mail sent to Diageo did not elicit any response, while a UB Group spokesperson declined to comment.

Corporate lawyers said while non-disclosure or wrong disclosures by UB Group can be investigated by RBI, ED will look into the money laundering aspect.

The investigation will involve calling of annual reports since the transaction, auditor reports, company filings with RBI and from foreign banks.

Citibank was the financier of the Whyte & Mackay acquisition and the bank was also USL's lender in India. Corporate lawyers said as annual reports between 2010 and 2013 are disputed and, according to Diageo, were cooked by Mallya, it would be difficult for the agencies to rely on these.

Rs 4,000-crore USL funds transfer under scanner "There is a complex web of transactions between United Spirits, Diageo, foreign banks and Mallya entities in the past four years. The ED will have to hire forensic auditors to clear the maze," said a source close to the development. "The relevant officials of USL will also be called in for investigation," the official said.

Acting on the notices given by Opposition members, chairman of the Upper House Hamid Ansari referred the matter to the panel.

"The question regarding Mallya was earlier raised in the House in the morning. The Chairman referred the matter to the Ethics Committee. Our meeting was decided earlier. There were two more issues. Now we have taken up this third issue as well," Singh told reporters after the panel meeting.

The Enforcement Directorate (ED) will issue a second summons to liquor baron Vijay Mallya if he fails to depose before the agency on Friday. The ED wants to question him under the Prevention of Money Laundering Act. Mallya, however, has the option of seeking a change in the date, said an ED official.