A bill to increase foreign direct investment (FDI) in the insurance sector from 49 per cent to 74 per cent was approved by Parliament with the Lok Sabha giving green signal to the legislation by a voice vote on Monday. Piloting the Bill, Finance Minister Nirmala Sitharaman said that hiking the FDI limit in the insurance sector will help insurers to raise additional funds and tide over financial problems.

The Insurance (Amendment) Bill, 2021 was earlier passed by the Rajya Sabha last week.

The minister said that the government will provide funds to the public sector insurance companies but the private players will have to raise capital on their own.

Observing that insurance companies are facing solvency related issues, she said, "if growth capital is hard to come by, there will be a stress situation. In order that the stress situation is not left unattended, we need to raise the FDI limit."

The Covid-19 pandemic, Sitharaman said, has further added to the woes of the insurance companies.

The minister further said that the FDI limit was being raised on the recommendations of the regulator IRDAI which had extensive consultations with stakeholders.

The FDI inflow in the insurance sector, the minister said, had increased significantly after the government decided to raise the cap from 26 per cent to 49 per cent in 2015.

As much as Rs 26,000 crore has come as FDI in the insurance sector since 2015, she said, adding the asset under management (AUM) in this sector has grown by 76 per cent during the last five years. 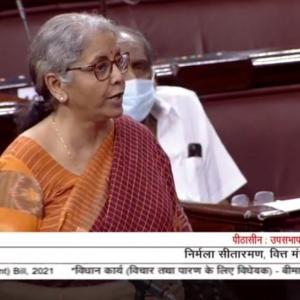 74% FDI in insurance gets RS nod, goes to LS next 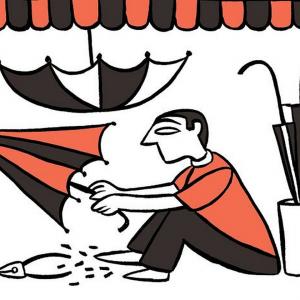 74% FDI in insurance gets Cabinet nod